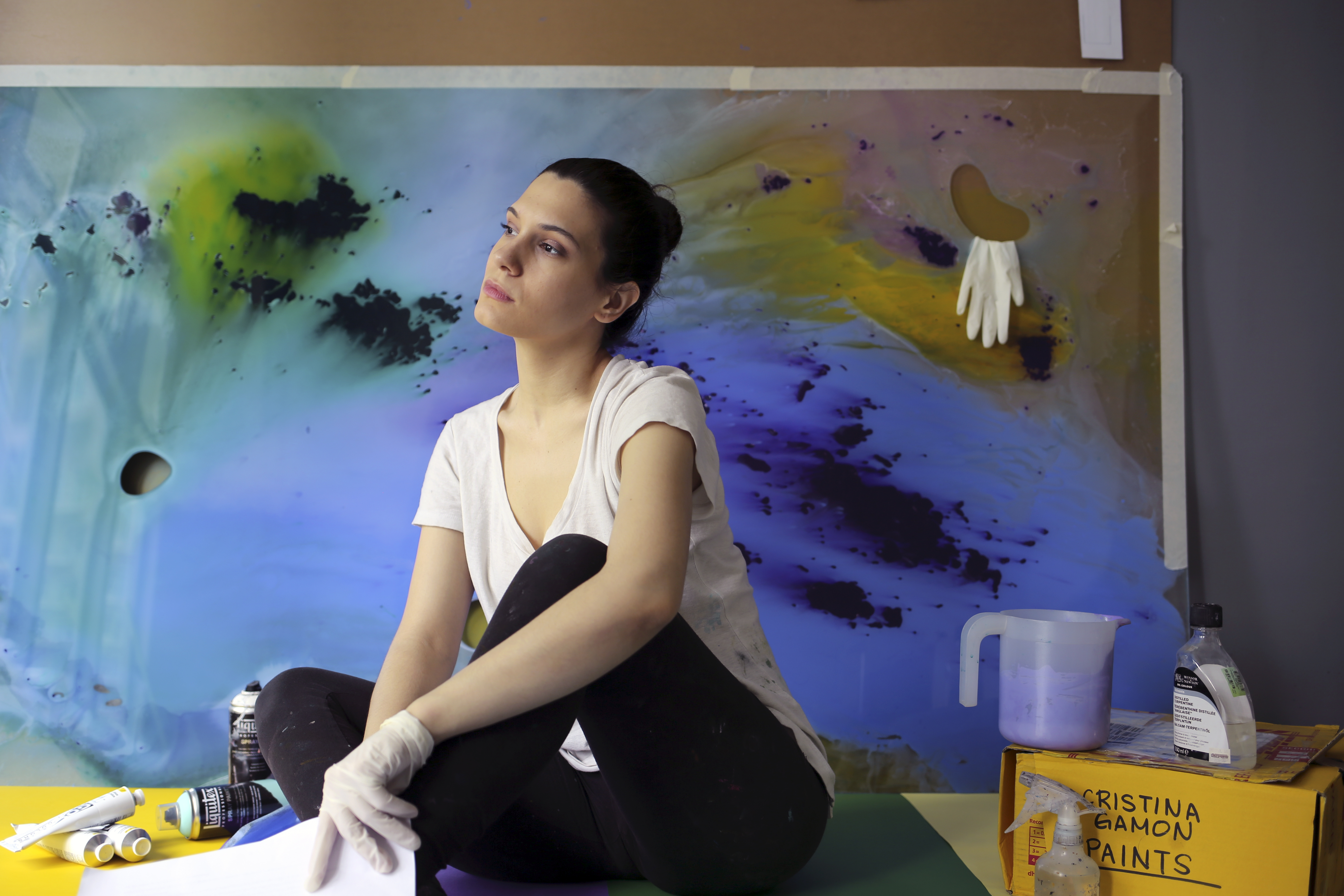 (b. 1987) Based in Valencia, Spain, Cristina’s abstract paintings are highly emotional in color. Her works comprise of acrylic on Plexi glass or acrylic—a difficult surface to control paints with. She, however, manages to produce a set of dreamy and remarkably “composed” artworks reminiscent evocative of galactic abstractions. Her works have garnered several awards of high distinction like the Queen Sofia Painting and Sculpture Award and the BMW Painting Contest in 2011. She was also granted the scientific-artistic residency in the North Pole called The Arctic Circle Residency. Her works spread throughout Spain and France, and continues to expand in London and New York.