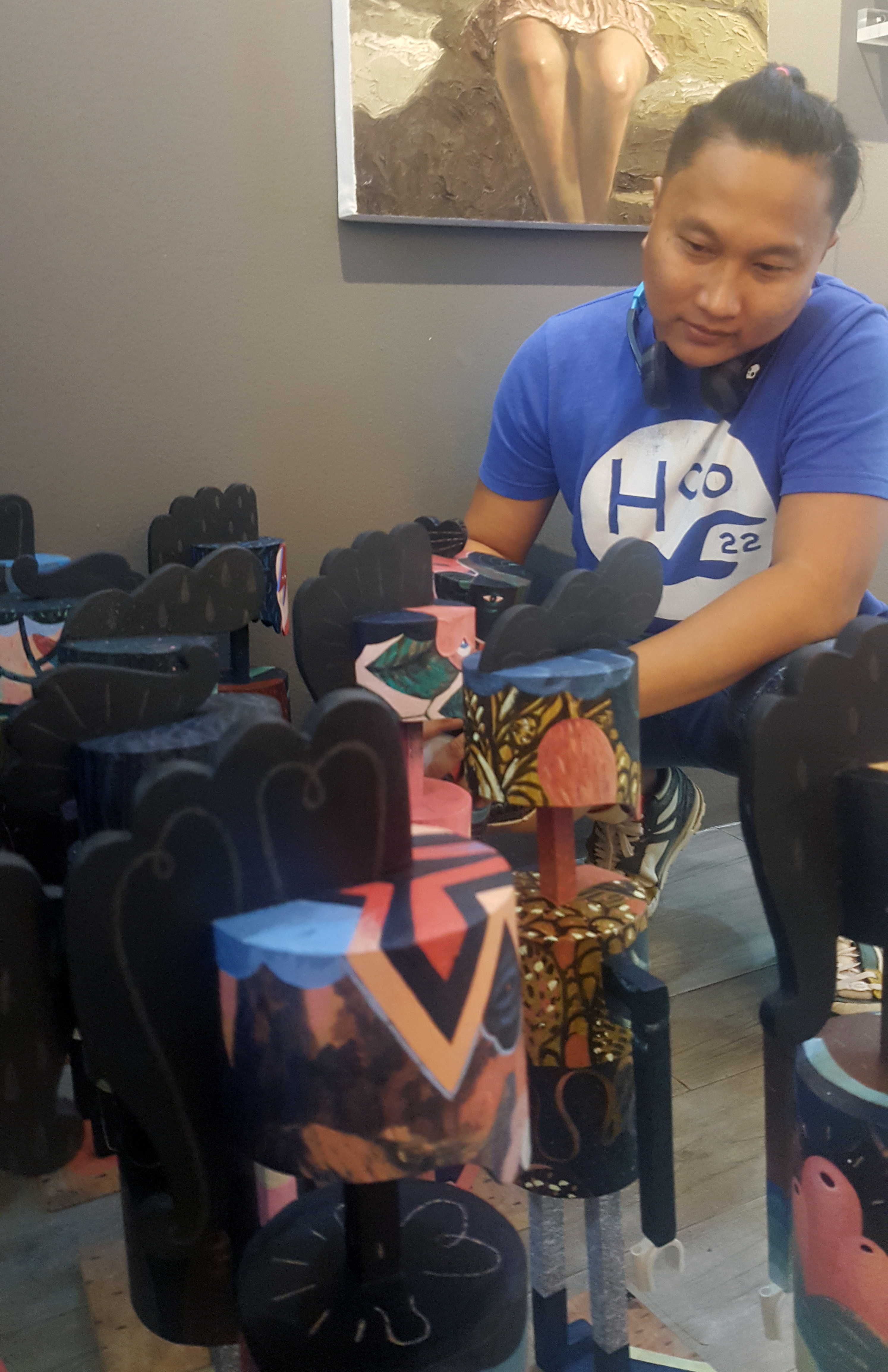 (b. 1980) Farley del Rosario is a young contemporary artist of the faux naïf genre. He rose to prominence in 2007 with a series that riffed on classic art canon pieces and iconic movie scenes, taking off from the familiar with his signature childlike flair. Both painter and sculptor, his style could be described as whimsical, clever, and just a little unnerving. His works are easily recognizable, populated with often slit-eyed humanoid figures possessing swirly wires for hands and geometric noses that extend into their hairlines. With a rare sense of humor and wonder Farley crafts scenes with wide-reaching narratives, drawing from personal experience, dreams, and childhood.

A favorite of collectors, Farley was recognized as one of Nokia’s 10 Most Exciting Young Artists in 2009. He has graced the annual Fookien Times Publication and the Philippine Yearbook 2006 with works complimenting the essays of Philippine National Artist F. Sionil Jose and other known writers. He also rendered paintings as illustrations for “SOL, A Legend About the Sun”, a children’s book nominated for the Cardinal Sin Catholic Book Awards (Family Ministry and Children’s Book Category) of the Catholic Mass Media Awards (CMMA); and finalist at the Romeo Forbes Children’s Story Writing Contest. The book, written by Agay Llanera, was chosen by CANVAS to be given away to children in public schools all over the Philippines in celebration of National Children’s Book Day 2016.

Since moving back to Olongapo, Farley’s enthusiasm for art has further grown – leading to the launch of “PICASO” a community of artists from Subic and Olongapo. Farley has exhibited at 1/OF Gallery, Artes Orientes Gallery, ManilArt, the National Commission for Culture and the Arts (NCCA) Gallery, and at the Secret Fresh X Dimensione X Magis Puppy collaboration. He has also been auctioned off at Leon Gallery’s ‘Magnificent September Auction’ 2015. Farley Del Rosario is an artist bounding with creative energy, leaping from one medium to the next with a remarkable grasp on his unique style and aesthetic tone.