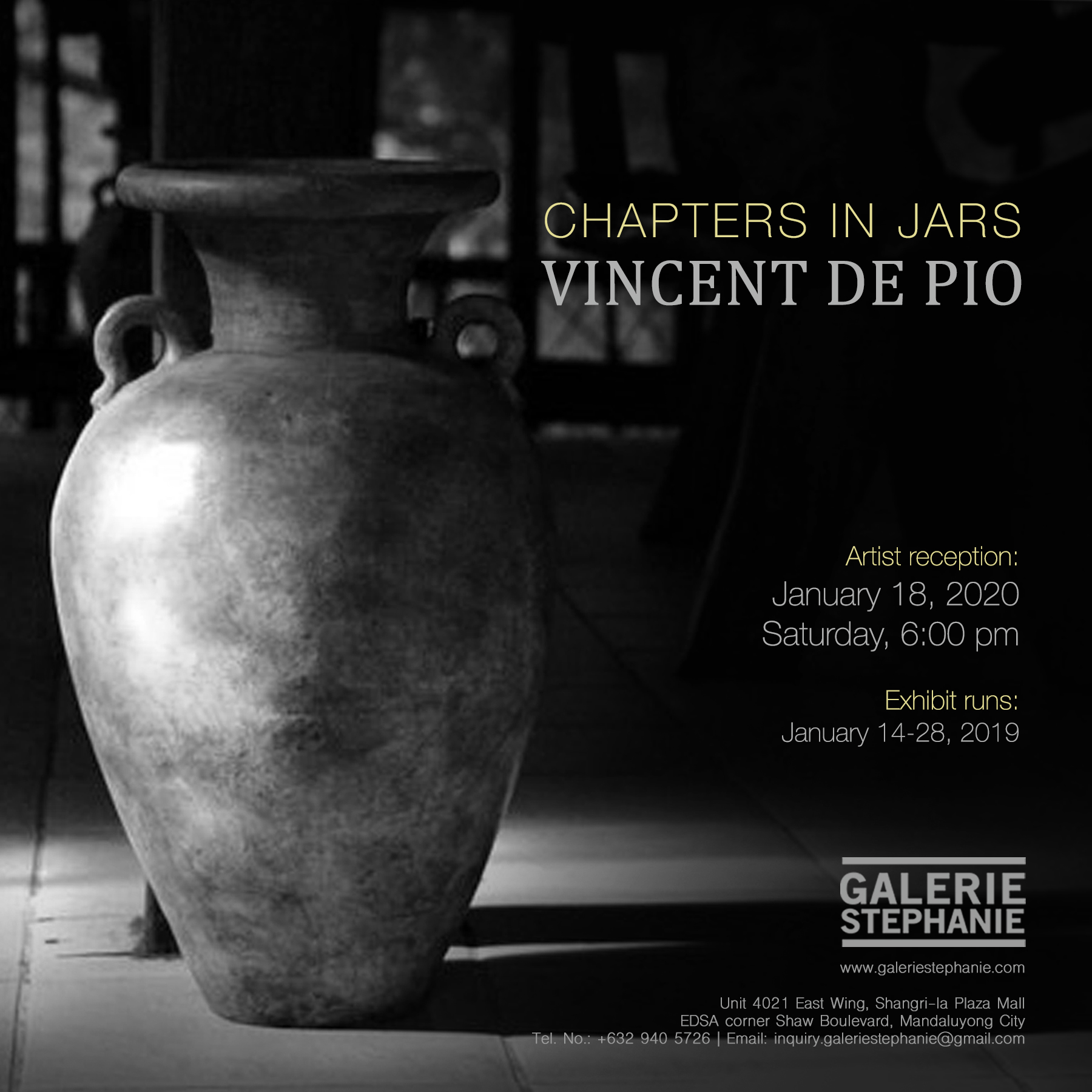 Japanese pottery has always played between passionate perfections and sentimental faults. This paradox of creation is what inspired fast-rising contemporary visual artist Vincent de Pio to exhibit his sixth solo show “Chapters in Jars”. Here, de Pio plays with the idea of control that exists in preparing the raw materials, shaping jars, and firing them; and the freedom in choosing their purpose and the narratives they have yet to contain.

De Pio portrays various deities and mythological creatures, represented in both paintings on canvas and jars. One such is the presence of Amaterasu or the Sun Goddess situated against an idyllic Japanese panorama. De Pio’s use of iconic Japanese characters like the kaiju, samurai and geisha are also prevalent in most of his jar-artworks, hinting further that these are stories themselves—chapter after chapter of reminiscing the fantasy of what was once unknown. These characters stand as storytellers themselves, and the artist continues the cycle of narration, eventually becoming part of the chapter they began. This is the paradox of creation De Pio tries to present:  that all new stories have to be old stories in order to be human. For it is in our history—these chapters of humankind—that emotions such as sadness and fear, love and kindness, calmness and excitement are realized.

In its aesthetic attempt, “Chapters in Jars” makes use of traditional Japanese pottery as a poetic complement to the various narratives, seeing that they are molded, shaped, and glazed into realization just as much as these stories are. These manifestations are formed by beliefs and emotions, by history and by exhilaration of being able to narrate these new-old stories, and have them hardened by one’s artistic fire.