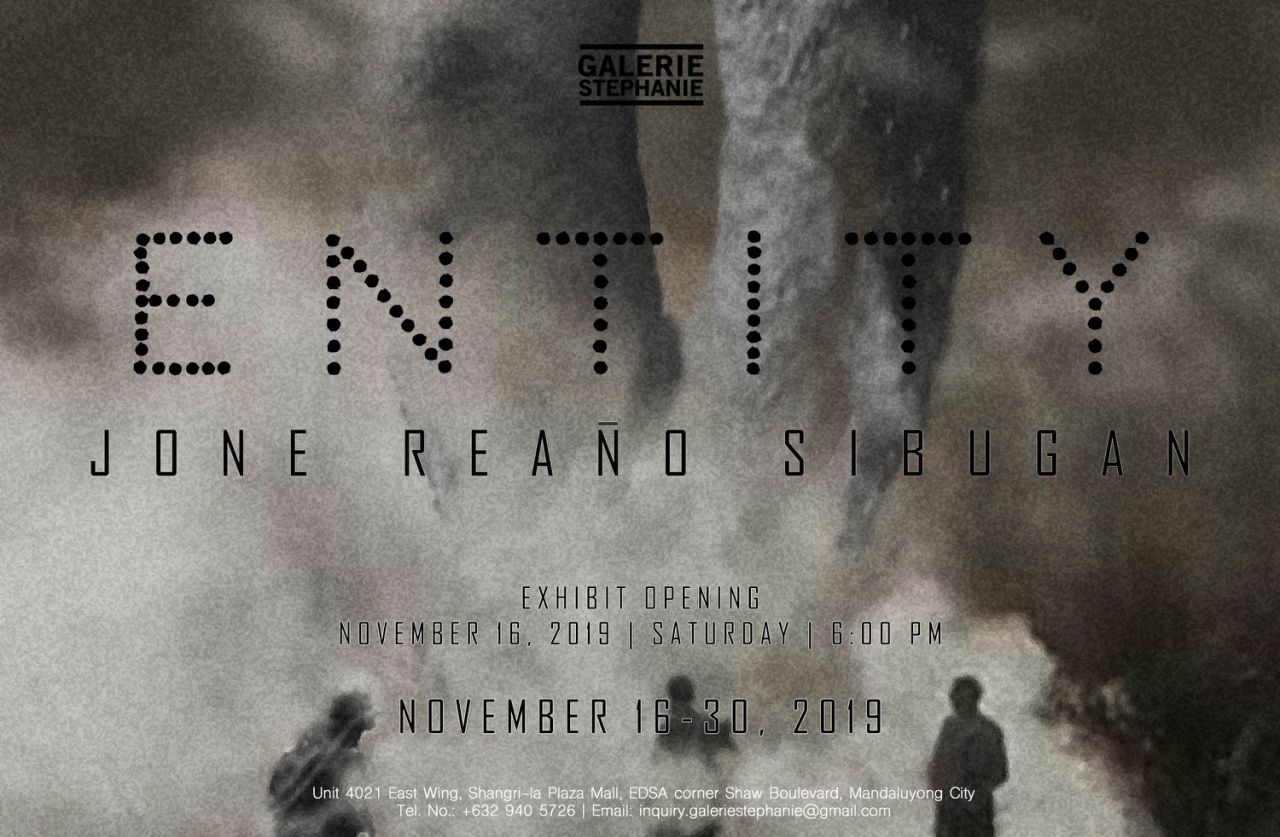 As the combatants brave the mysterious fog ahead, towers of mushroom species loom over them either as menancing harbringers of death or omnipotent life-givers. There are no bright colors in Jone Reaño Sibugan’s artworks for his second solo show “Entity”. They are simply a mass of grays, blacks and whites spead along the canvas, eliciting a sense of forboding. And yet as Sibugan’s subjects provoke the idea of being human–vulnerable to pain, can succcumb to fear and unknowing of the future despite their years of training–they likewise entrap themselves in the borders of hope and duty, slowly navigating into the unknown, with only these perplex mushrooms guiding them.