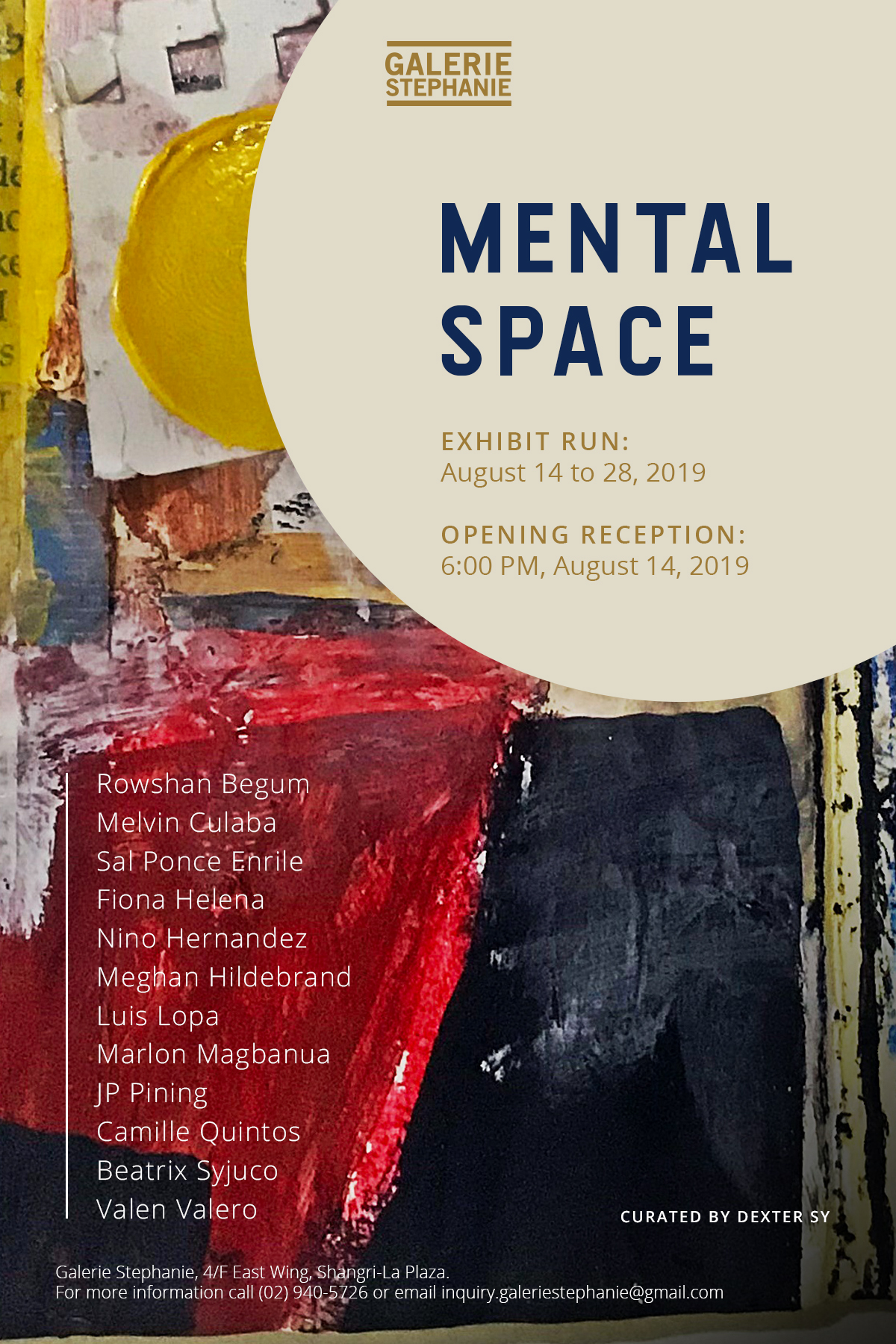 “Perhaps Romeo is in love with Juliet,” one popular statement goes. This creates a shared reality of “Romeo” and “Juliet” yet only implies possibility to one in the discussion that Romeo may be in love with Juliet. The base space or shared realities of the interlocutors remain to be a fact as in the colors of the palette tinting a canvas and the stories that lie behind one’s work. Yet in one’s work, a possibility remains subjective, allowing a space for an individual to subjectively signify a work as one deems fit. With human cognition’s capability of understanding and articulation still in theory, Gilles Fauconnier proposes what is now generally called “Mental Space.” The human mind creates a map that subjects understanding and incites action—both of which personal and exclusive only to its owner and creator. This short-term process, fueled by long-term memories are structured by frames to which a spectator creates an idealized model that may not be necessarily aligned with that of the artist’s objective. With the abstraction that is forged by the human mind yet shaped and illustrated by the human hand, it becomes clear that one’s mental space augments the validity of one’s work and the another’s opinion towards the creation.

As human cognition embraces spatiality as the greatest feature of its basic mental model, “Mental Space”—a curated show by Dexter Sy—attempts to begin a discourse that enables the viewers to activate their mental spaces through abstraction and justify the abstraction reflected from one’s mind to its tactile representation in the physical world. The works vary from strokes fluid as thoughts in actualization, edges defined and delineated as words in discourse, to everything in between forged in shapes and colors that may or may not invoke meaning to its form. As thoughts and dialogues unfold triggered by each work, the intrinsic and poignant creations forms an idealized cognition pattern among the interlocutors, allowing each one to map their own mental spaces. The works are designed to tap into the neural aspects of the human mind further implicating that the mental space operates in short-term memory but built beyond by activating structures from long-term memory.

Much like one’s thoughts, mental space cannot belong to or be created by someone else other than its owner. In “Mental Space,” Rowshan Begum, Melvin Culaba, Sal Ponce Enrile, Fiona Helena, Niño Hernandez, Meghan Hildebrand, Camille Quintos, Luis Lopa, Marlon Magbanua, JP Pining, and Valen Valero manipulates spatiality giving carte blanche to its audience such as creating meaning for works that as tactile as it is abstracted by the inner workings of the human mind.