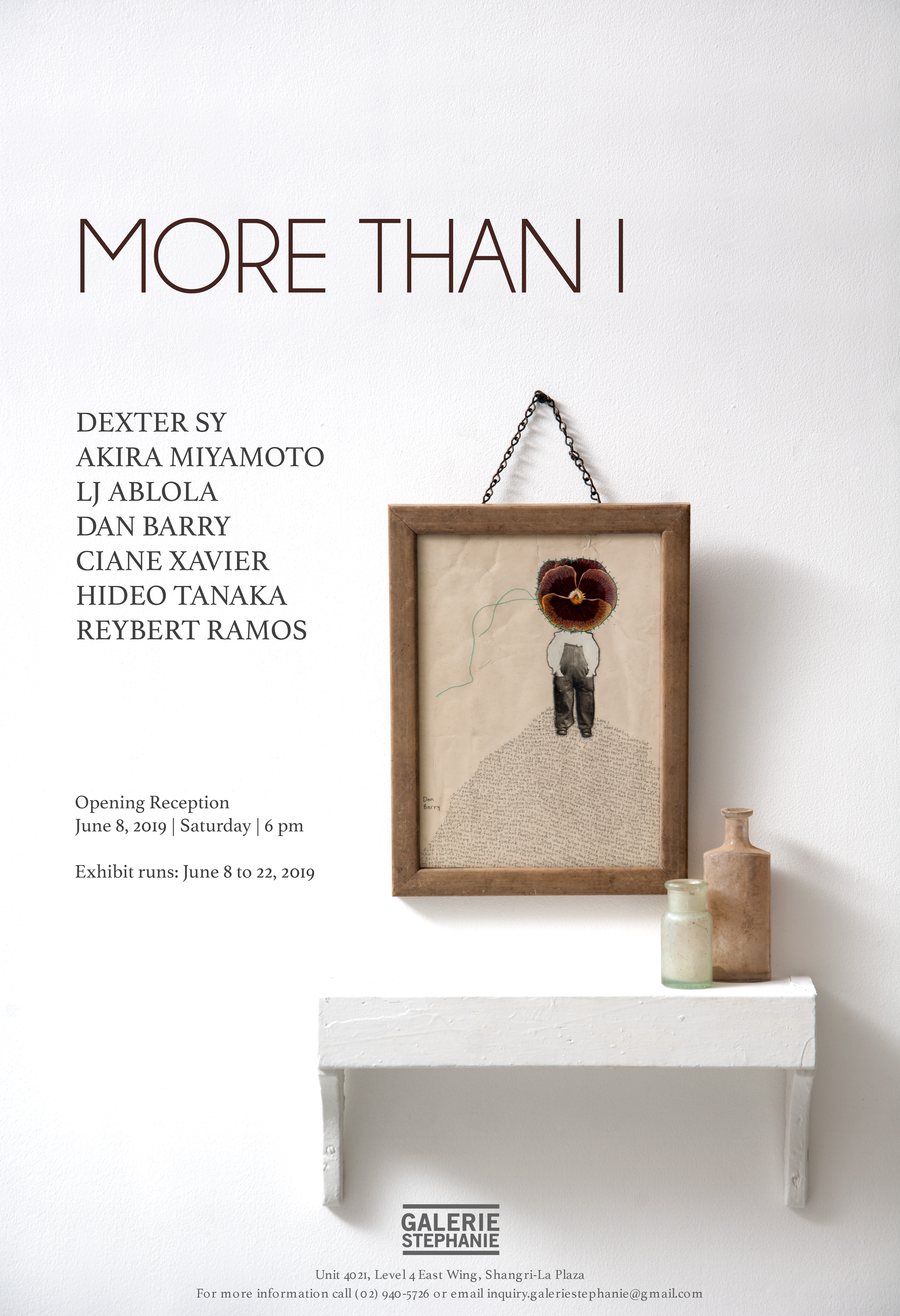 In “More Than I”, seven international and local contemporary artists reveal the existence of the other self (whether theirs or another’s), as a staunch attempt to probe whether the alter ego is the truer version of the self, or a representation of stories we wish to erase or to write about.

“More Than I”, is participated by Manila-based artists Dexter Sy, LJ Ablola, Ciane Xavier and Reybert Ramos, alongside Dan Barry (USA), Hideo Tanaka (Japan), and Akira Miyamoto (Japan). They portray the alter ego as the fulfillment of what the other does not and cannot have, and an identity to complement the inevitable lapses of the original self. It resonates the dreams and philosophies that the other self is devoid of manifesting, while disregarding the conceived judgments and socio-political, cultural and filial responsibilities imposed on the other.

Tackling personalities beyond the self, these artists narrate the two different histories that co-exist in a singular entity—one pre-existing, the other, curated—both a testament of human imperfection and the creativity to be more than just.