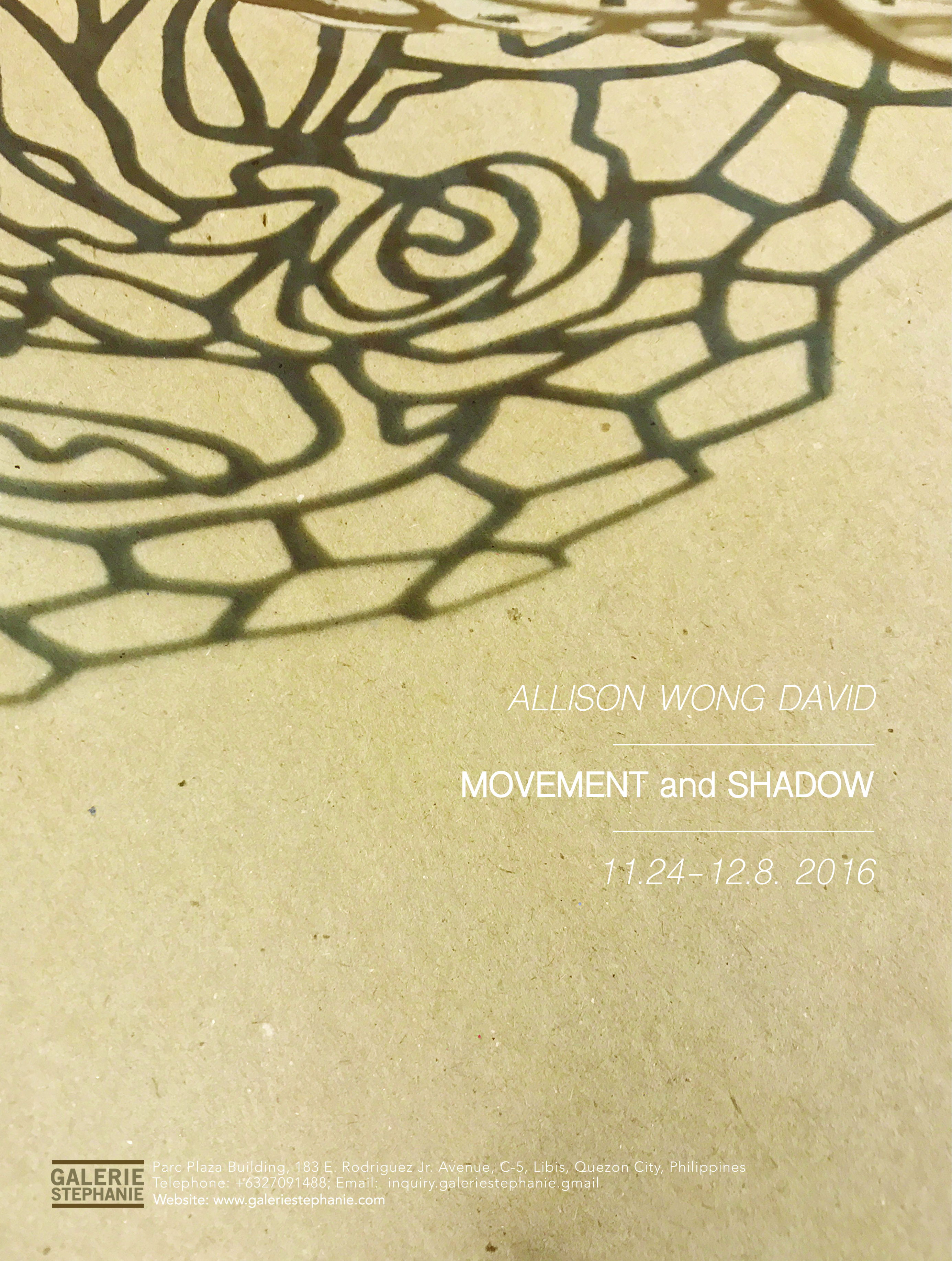 Looking through light filtering through trees, visual artist Allison Wong David made a realization that shadows are neither flat nor are they what many accept them to be; the absence of light. Instead, through the dappled early morning light captured by rising smoke and mist, shadows had their own form, density, brightness and color. They cast three-dimensional shapes that the spaces between leaves allowed for. And these complex shapes were beautiful.

Many of us would not spend the time noticing such things; but as an artist, Allison Wong David has been sensitive to beauty and realities that are around us, but are rarely appreciated by most. It is in this curiosity, attentiveness and openness that her latest exhibition, Movement and Shadow, is made. Comprising 22 works, the exhibition is a mixture of common materials that most of us also do not appreciate but are transformed to objects of beauty and contemplation under her skillful attention. Kraft paper is cutout to reveal organic patterns similar to shadows cast by light streaming through trees. Pencil shading on pith paper recreates their shadowy gradations. And shaped wood, fired until they become carbonized charcoal, capture the shape of dappled shadows. Through the artist’s intervention, the most common materials become high art that reveal insight upon introspection. Through artistic alchemy, the most common materials shed their form to reveal their essence. The secret to understanding her work is the clarity and depth of thought the artist has in making the works. Cutting through the noise of daily life, suspending her own judgment and listening to the materials, allow her to coax beauty out of them. Through her patient labor, she gleans for us the most profound things: unexpected realities hidden in plain sight.

This is the trademark of this artist, her works are deceptively simple but the process involved to making them is complex and laborious. And this pertains not only to the endless sifting of thoughts that go before the creation of the works, but rather, to the processes involved in making the works themselves.

In October 2014, her exhibition “Ether” at the Vargas Museum, were of ceramic dodecahedrons mounted on trees felled by Typhoon Glenda. The ceramic components were so fragile and prone to all sorts of accidents and cracks during firing that to make one piece of the forty pieces needed to one of the eight dodecahedron pieces takes a lot of luck and around a month to finish. Working in batches, she finished the eight works in two years.

In her earlier 2010 CCP solo exhibition Stone Garden, she combined oil paint, shaped canvases, ceramics, copper sheets and glass to create paintings and sculptures that captured the connections between people and the natural world. Making them took approximately three years after her 2007 solo exhibition at the Metropolitan Museum of Manila solo exhibition Sensorium which focused on the connection of the senses and the soul.

Wong David, a graduate of the Chelsea School of Fine Art in London, exhibits a restraint not common in the local contemporary art scene. Her works exemplify what Steve Jobs has been known to have said, “Simple can be harder than complex: You have to work hard to get your thinking clean to make it simple.” And this hard work is necessary for the work of Wong David, for the subject of her work has consistently been the invisible and even mystical realities we face: spirit, interconnectedness, and our ethical responsibilities in the interconnectedness of everything. In the deceptively simple Movement and Shadow we are transported to that space which Neruda speaks of, “between the shadow and the soul.” 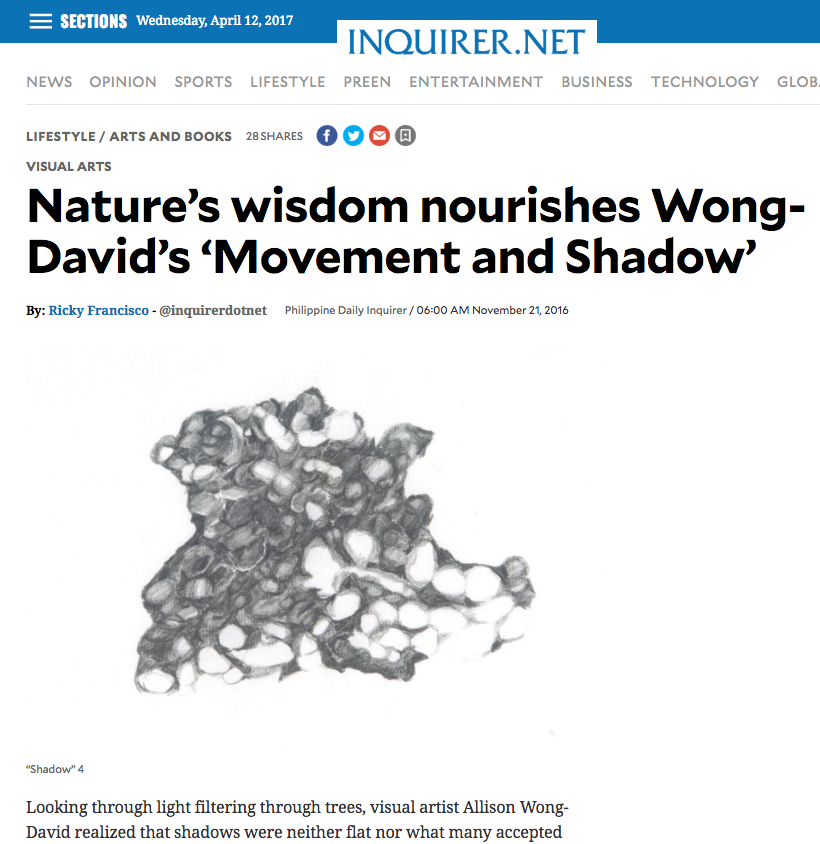