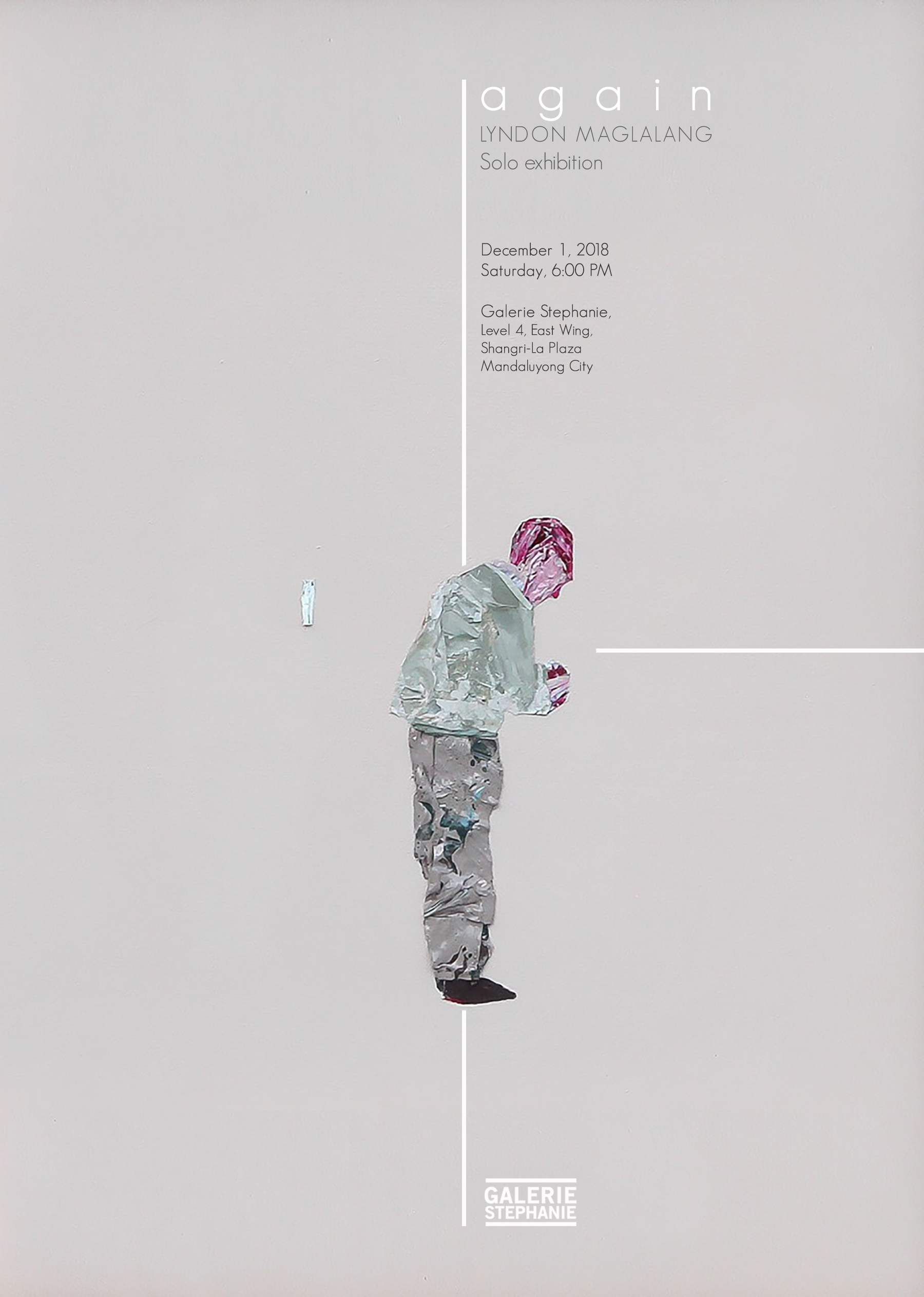 The process of learning lessons again and again is the main narrative in Lyndon Maglalang’s new works. The entirety of the exhibition is the entirety of Maglalang’s journey in art. Here in ‘Again’, he bares the essence of his works.

The whole space has been treated as if one is entering his studio. The audience is encouraged to view all of the pieces as a single entity, but to also look at each work as independent ones. Maglalang muses on the idea that despite doing different things and presenting artworks in seemingly different styles, all he’s doing is telling a story. Conversations with the artist allow for a deeper probing into the inner workings of each piece.

Working with a new method of production, Maglalang’s paintings utilize paint scraped off of old palettes to build images. The way he works is like doing collage. This method, according to him, doubles the effort needed to create the subjects of his compositions. The same effort intensifies the otherwise simplistic art.

The fleshy palette of the “Insight” series represents his struggles with worldly matters. The only things the audience can see in these paintings are a plain background, an image of a person, and a small patch of white paint. For this set of artworks, he intended to strip as much detail as he could, leaving only what is needed to communicate the idea that he wants to present. The end result is a series of works that give one a sense of boundless space—space that is silent and unforgiving. The subjects scream out loudly, in agony, in pleasure, in confusion. White paint signifies redemption; a belief that no matter how small, hope is always around the corner.

The main work is a polyptych. Entitled “To What End,” two large canvases and three supporting pieces have been used to present an interconnected story. Of the two large canvases, one shows an image of a person, disfigured and incomplete, set in a dull looking background; the other is an image of a seascape, with a vast expanse of the sky and the silently raging waves of the sea. The supporting artworks depict two abstracted designs: one made with collaging dried paint, and another using nails covered with clear coat. The last panel shows a smaller seascape. Again, all of these are recurring symbolisms in Maglalang’s work, they talk about overcoming obstacles, seeing things from a different perspective, and allowing the will of the one up high to prevail.

Aside from the paintings, the audience will be able to see various objects placed on top of a table. These serve as markers for the different processes that embody the various aspects of Maglalang’s art, from the beginning to the present. He intends to show a sense of nostalgia and an appreciation for the small things that tie together the whole. All of the methods he employs have been put out for the audience to see. Curled up steel wires, nails, and found objects are the inspiration to communicate his truth.

Again and again, the themes presented in Maglalang’s works are derivative of what he had been doing from the start; most of the time they’re simply expounded further or brought back as a reminder. All of these are, in essence, a revisiting—both of the good and bad events, and a vision of what he sees the future holds. 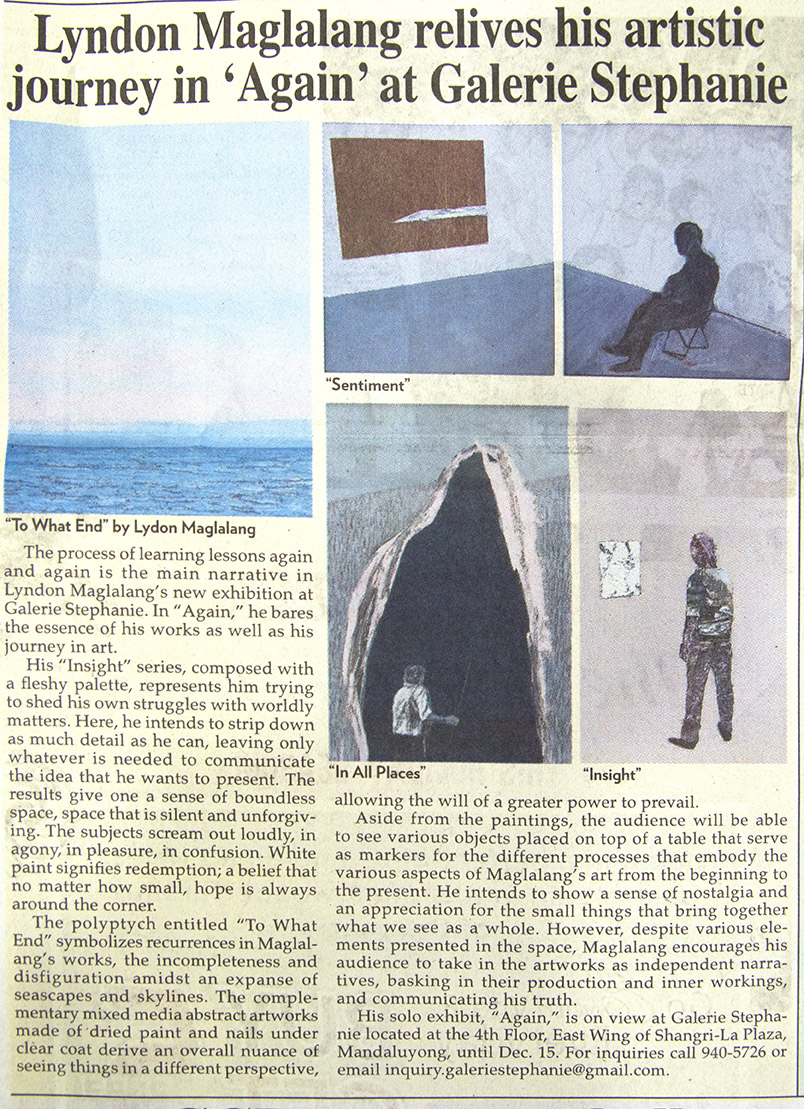