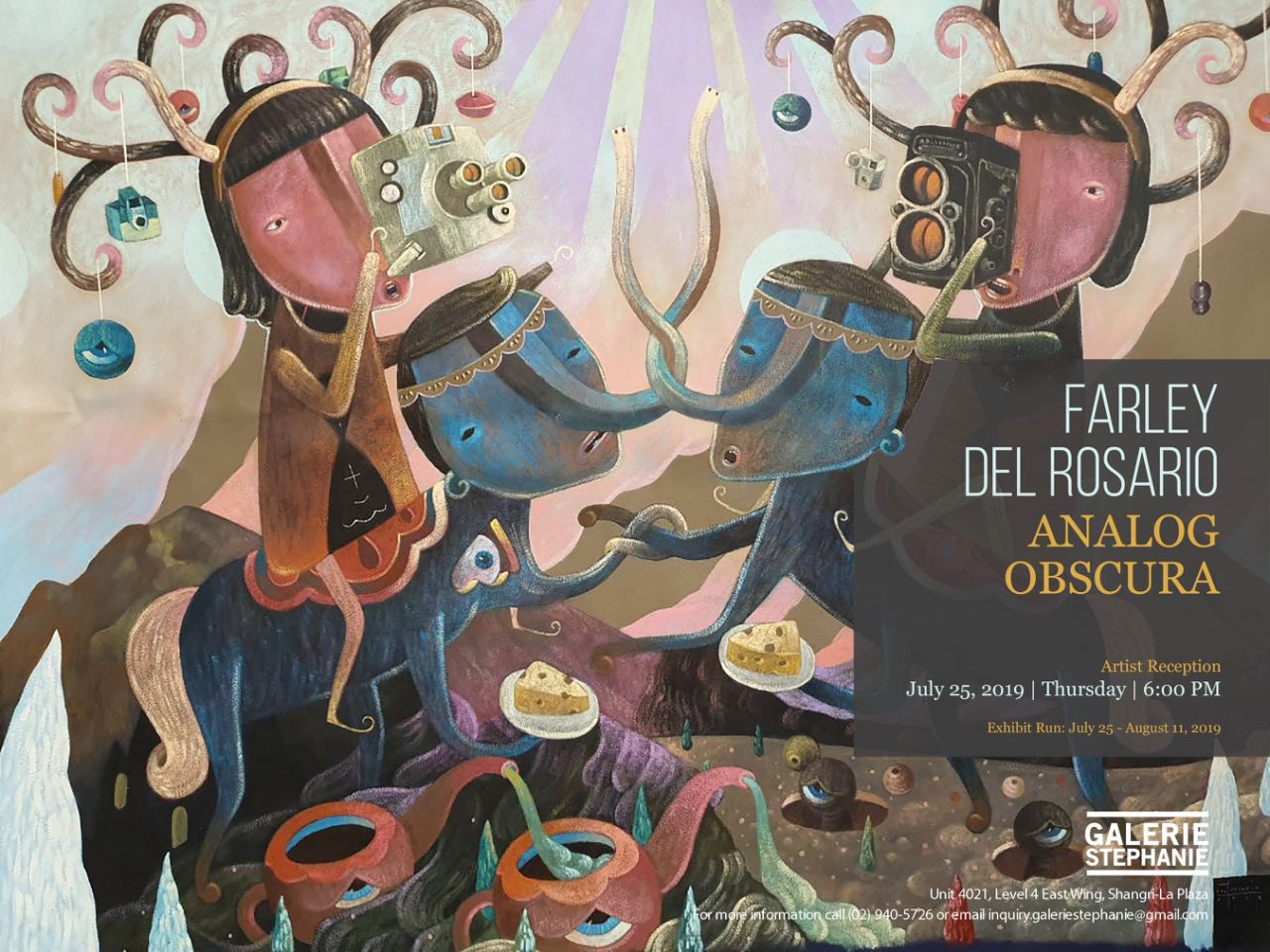 In his latest exhibition, Farley del Rosario takes his motley crew in a new, seemingly innocuous universe. Aptly named “Analog Obscura”, these works rendered in acrylic represent the artist’s portrayal of twisting epic sojourns into lighthearted, comical narratives. Del Rosario’s biggest piece in the show, “Song of the Rabble-rousers”, appears like a playful jab at neoclassical paintings — chivalric in nature, Napoleonic at an angle. The two figures riding on the artist’s version of horses are poised to fight, using twin-reflex cameras as war weapons.

Del Rosario’s characters remain thriving in new dimensions, an indication that his definition of fantasy and reality knows no bounds. “Analog Obscura” is an extended narrative for his love of nostalgia and exuberant hues. Marked with his signature childlike flair, this exhibit is a continuing celebration of playfulness, mischief, and freedom from convention.