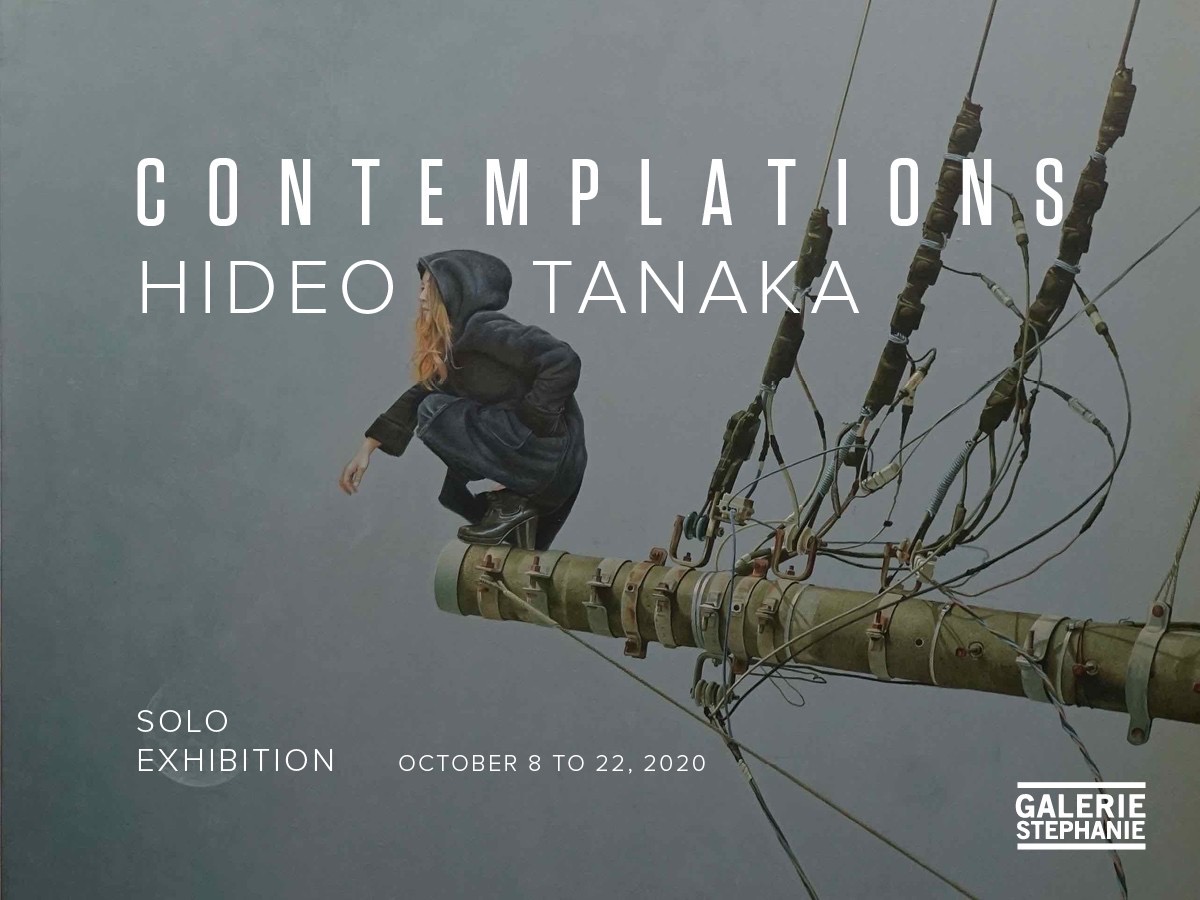 The hyper-realistic works of Hideo Tanaka are representations of life suspended in time. The artist’s attention to great detail releases a sense of honesty and sincerity in how bodies, objects, and flowers are materialized inside the canvas. In doing so, Tanaka sends an invitation to the viewer to inspect life by looking at “life” itself. Thus, “Contemplations” is a marker of the present —our actions and non-actions, arrested and seized in moments of stillness.

Tanaka elaborates the relationship between spaces and forms through the juxtaposition of images that are subtly connected. In “Honey”, a butterfly drifts beside a melting ice cream. What seems like a random encounter will make sense when we think of what butterflies represent in terms of transformation through the process of metamorphosis vis-a-vis how a melting ice cream would change through solid and liquid phases. These observations prompt us to understand that hyper-realism can become more than displaying the artist’s talent and skill to replicate everything. It could be a tool to present an idea concentrated into something deep and intense; through our sensibilities and our capacity to hyperfocus. We become more engrossed in our surroundings when we take a moment to pause and stand still.

His paintings, where human figures are situated next to electric posts, elicit an ironic response where danger meets safety. There is no hint of uneasiness among the illustrated bodies as they are curled up, seated, or perched on these poles. The living becomes part of what these tall structures contain: the live wires, where the electric current flows, provide power to communities. The affair between people and electricity has never been more striking.

The series of “Flowers to Flowers” invites us to see how the presence of blooms, even in their mere likeness, could provide comfort to people. Women who are surrounded by textile marked with floral prints occupy the middle of the canvas. Their presence attests to the warmth of the place. Unguarded and candid, Tanaka re-introduces us to these golden and priceless moments where our heads can rest free from pre-occupations.

However, “White Room” radiates the opposite. Here, a man is awaiting the unknown. The look on his face implies an imminent menace. The plainness of the small room and its white fluorescent lamp conceals everything else in the narrative. Tanaka’s practice is influenced by situations of insignificant occurrences colliding with heavy tension. He is drawn to the sentimental possibilities of painting, similar to how the realist painter, Andrew Wyeth, made most of his works. Like Wyeth, Tanaka does not simply copy from the present but rather documents what he sees around him and translates them into amicable but equivocal depictions. In “Contemplations”, these musings by Tanaka would come across his paintings and eventually, would transcend into the viewer’s own; a direct line from the living, to the objects, and then again, back to the living.