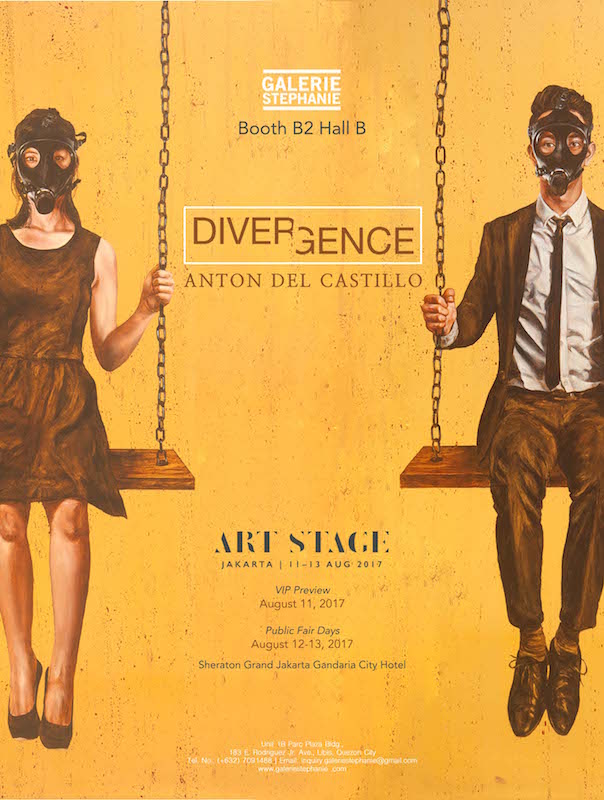 Anton del Castillo’s Divergence is symptomatic of the times, seeming to prove Ezra Pound’s claim that artists are the “antennae of the human race.” His Waiting series and Alter Ego series both speak of the dichotomy between our humanity and our baser instincts. Contextualizing it against the current state of the world, where conflict and mass displacement happen on a massive scale daily, we begin to see how the artist sees the dialectics between humanity and apathy, politics and strife, faith and hate. The artist seems to implicate us in the ongoing struggles and appears to ask us, which side are we really on?

Anton del Castillo is known for reworking the traditional icon and use it to depict the struggles of humanity in the context of politics, race, and religion. Among his accolades are winning the Metrobank Art Awards grandprize in 2003, the Philip Morris Philippine Arts Award Jurors Choice in 2014, and the Schoeni Prize in the Sovereign Asian Art Competition in 2014. His work is collected by The Ateneo De Manila University, the University of the Philippines Diliman, the United States Embassy to the Philippines, Pinto Museum, and the Malacañang Palace, to name a few. He is currently a featured artist in Lopez Museum’s The Given Order.