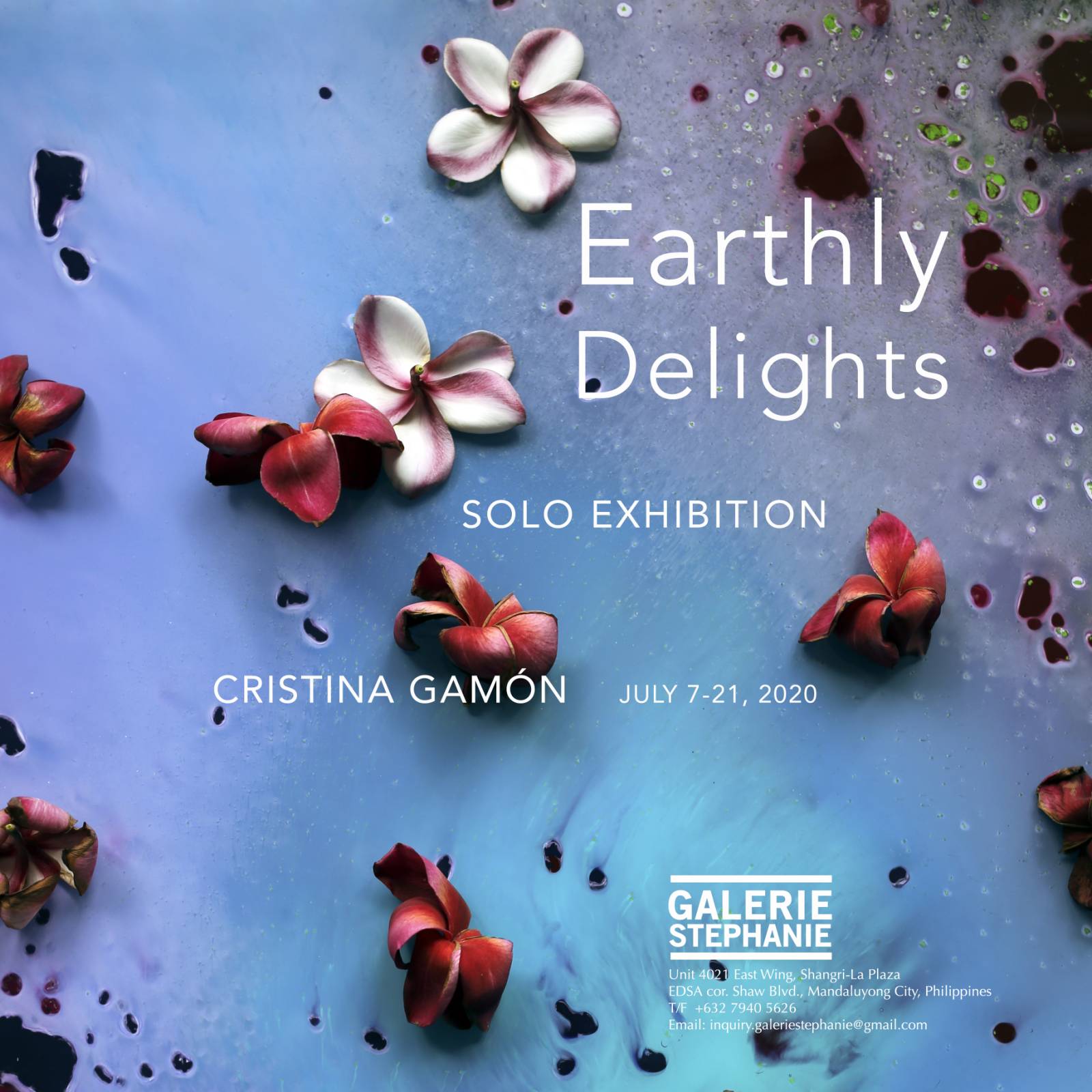 Upon venturing into the depths of the tropical Americas, the New World conquerors, freshly beholding the dense vegetation, crashing waterfalls, and looming mountain ranges, declared that they had found the long-lost Garden of Eden. Untouched, bountiful, and possessing of an incomprehensible vitality, Columbus and his ilk were certain they had returned from where their predecessors were driven after the Fall. The image of paradise was renewed.

The firmament overhead is transparent, allowing the blue color of the celestial water to be visible. The heavens, including the sun, moon, and stars are under this vast canopy.[1]

Spanish visual artist Cristina Gamón presents the exhibition Earthly Delights at the contemporary art gallery Galerie Stephanie. Seven large works in her signature acrylic on acrylic technique comprise a luscious interpretation of a genesis story. Inspired by the liberal usage of fruit in the enigmatic landscape of Hieronymous Bosch, Gamón extracts the verdant colors of rambutan, kalamansi, makopa, durian, and other ‘exotic’ fruit to paint a window into a vertiginous and otherworldly sea.

In talking about the exhibition, Gamón begins from a minor internet phenomenon in 2019 of the “blue java banana that tastes like vanilla ice cream.” During her Philippine residency, a visit to a local supermarket uncovers the truth – to drum up more attention, the green unripe saba banana had been edited into an unnatural teal-blue color. A curious mix of half-truths: what was simply different was made strange, but also comfortingly mundane – vanilla. Exaggerating the exotic while familiarizing the unfamiliar, despite the world’s expansion with the widespread use of the internet, the allure of the unknown is still tempered by apprehension, fascination going hand-in-hand with fear of a threat.

While vibrant and exuberant, the works of Cristina Gamón hold an element of chaos; an unpredictability that evades nomenclature. Perhaps it is the fluidity expressed in various moments of flux – resolutely fixed at focal points, flooding out at others. More dense and opaque than her European series, the works vibrate with energy, like a supersaturated solution or an overripe fruit. Acrylic pigment and paint are manipulated to assert their materiality while also inviting an imaginative eye. The restless organism, while appearing to rest on its transparent plexiglass substrate, is forever moving in the mind’s eye – unceasingly shifting from the form of one phantasm to another, a primordial microbe one moment, an exploding galaxy in the next. As if an ongoing process interrupted, the works imply both a gesture of beginning and an eventual homogeneous end; entropy arrested.

Much like the damaged Venus de Milo, perhaps the level of renown achieved by Bosch would not have been possible without its persistent mystery, the timeless enigma continually evading explication. The largest center panel of The Garden of Earthly Delights, populated with nude men and women engaged in sexual activity, playful exploration, and fantastical acts, could be a portrayal of either debauchery or paradise, sin on Earth or innocent play in Eden. The grandest narratives are often impossible to articulate; Gamón’s abstraction emerges from a desire to depict that which is essential, regardless of reference or imagery. The true work resides in between the restless abstraction and the pareidolic eye, in the imagined eventuality, the illusory movement.

The imagination of paradise is ever-shifting; once rolling pastoral hills, then bounteous rainforests, now white sand beaches. Eventually, the pilgrims settled the New World, the age of conquests ended, the cartographic puzzle completed, and paradise was accepted to be a mythological place. But Gamón reminds us of the yet-to-be-known. While homogeneity may be an inevitability, and one day seems to blend into the next, the line between the known and unknown is ever present. These Earthly Delights may appear close enough for a single touch to ripple through its surface, but what faces us is in reality the transparent verso; another universe lies in wait on the other side.

Let there be a firmament in the midst of the waters, and let it divide the waters from the waters.[2] 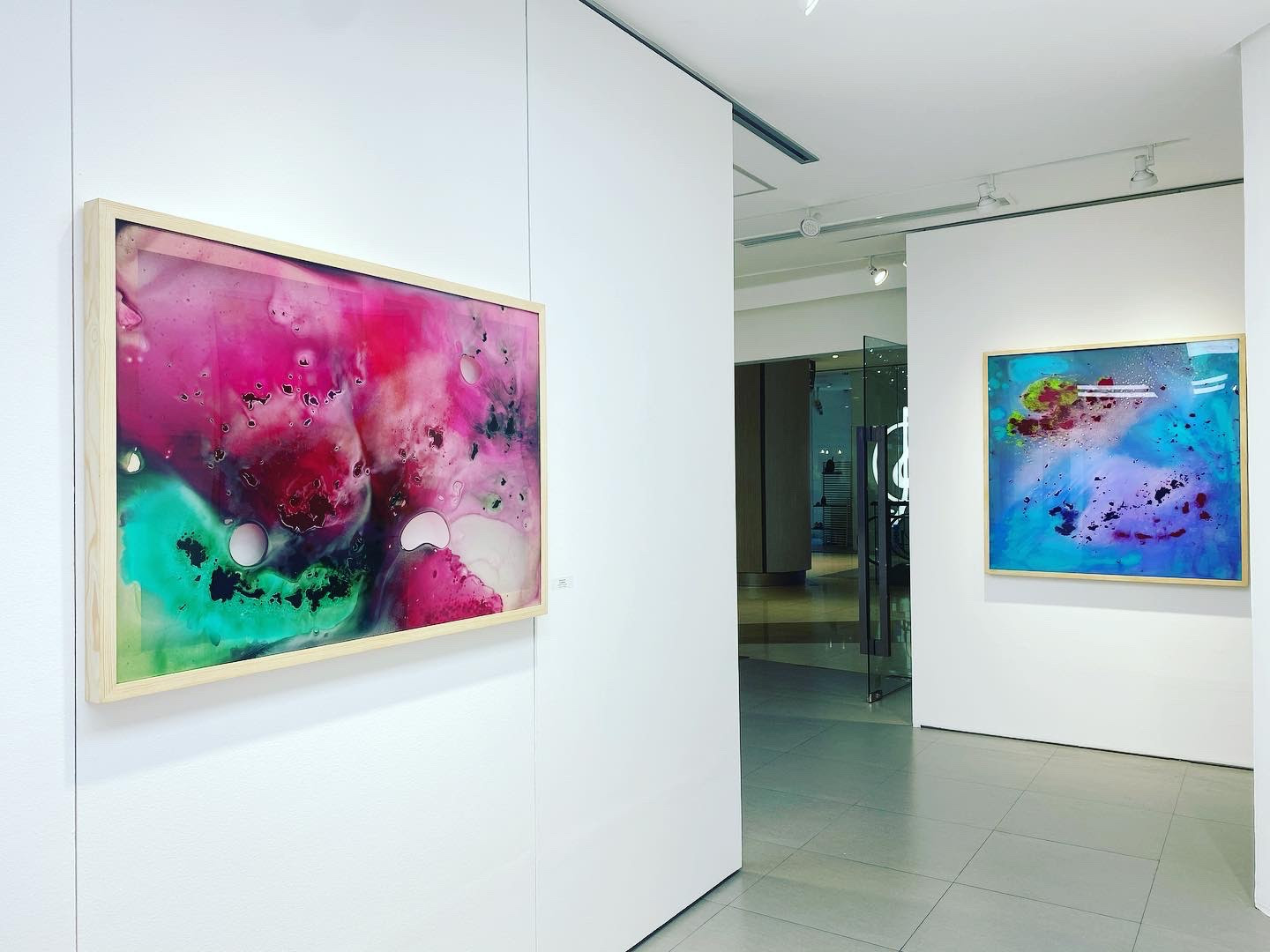 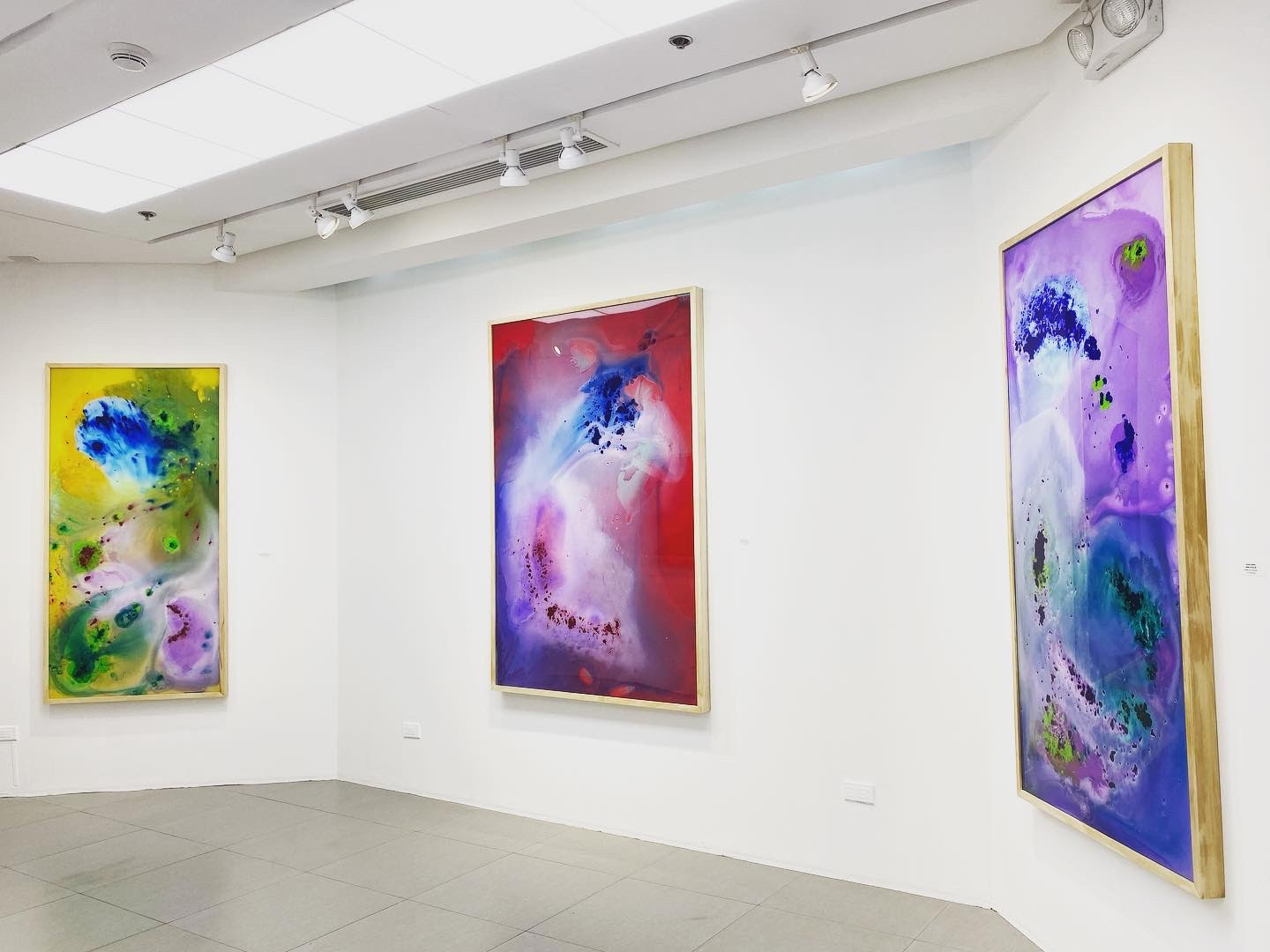