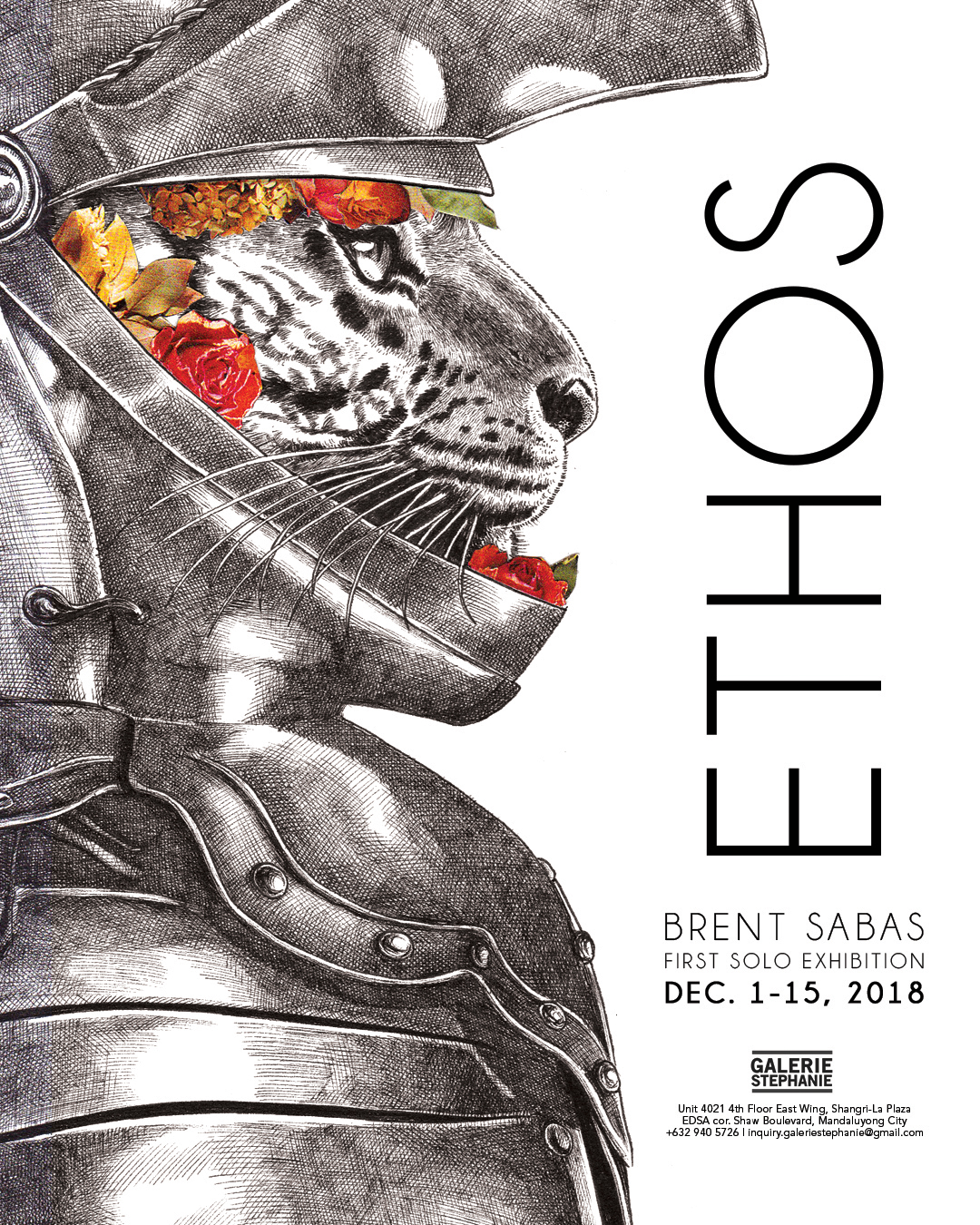 Ethos, the first solo exhibit of visual artist, illustrator, and art director Brent Sabas opens at Galerie Stephanie on December 1st, 2018 at six o’clock in the evening. The fifteen illustrations combine pen, collage, and string to tell the stories of fifteen characters’ triumph over personal pain and suffering. In Ethos, Brent seeks to uncover the scars hidden behind the ostensibly perfect curated identities of social media feeds.

Working as an art director for various advertising agencies for almost ten years, Brent is intimately familiar with producing content tailored to target markets – human beings abstracted into demographics, numbers, and ‘spending power.’ Coupled with the ubiquitous presence of technology, Brent, as well as millions of people around the world, are experiencing an unprecedented age of connectivity, instant gratification, and a blurring of lines between private and public space. The artworks in Ethos seek to tell the deeper story hidden underneath what is immediately visible, using animal features as visual metaphor as well as a startling reminder of what humanity is capable of.

Using a technique refined by ten years of artmaking for advertisements, children’s books, and personal art projects, Brent creates incredibly detailed illustrations of animal/human hybrids. The striking two-tone piece “Magdalena” is the first piece Brent made for the exhibition. Depicting a dove-headed woman in a sheer red blouse, the image is provocative and thought-provoking, her halo of seagulls reminiscent of a marian circle of stars. “War Scars” is a meticulous portrayal of a lion’s face scattered with gaping lesions leaking bouquets of flowers. The idea for the whimsical collage “Split” was sparked by the Japanese concepts of honne (true face) and tatemae (facade) that delineate a person’s true feelings from their publicly-displayed behavior and opinions. Each mask corresponds to the myriad of tailored personalities we put on depending on who, where, and what we are; eventually composing the totality of our identity.

For Brent, the artworks in Ethos portray the implicated yet forgotten backstories that influence the decision-making of his personae; the totality of their upbringing, environment, role models, and experiences that are often ignored in the face of public scrutiny and knee jerk judgments. But rather than make a moral condemnation of social media nor the people who depend on it, Brent explores the space between private and public, as well as the fluid identifications that result.