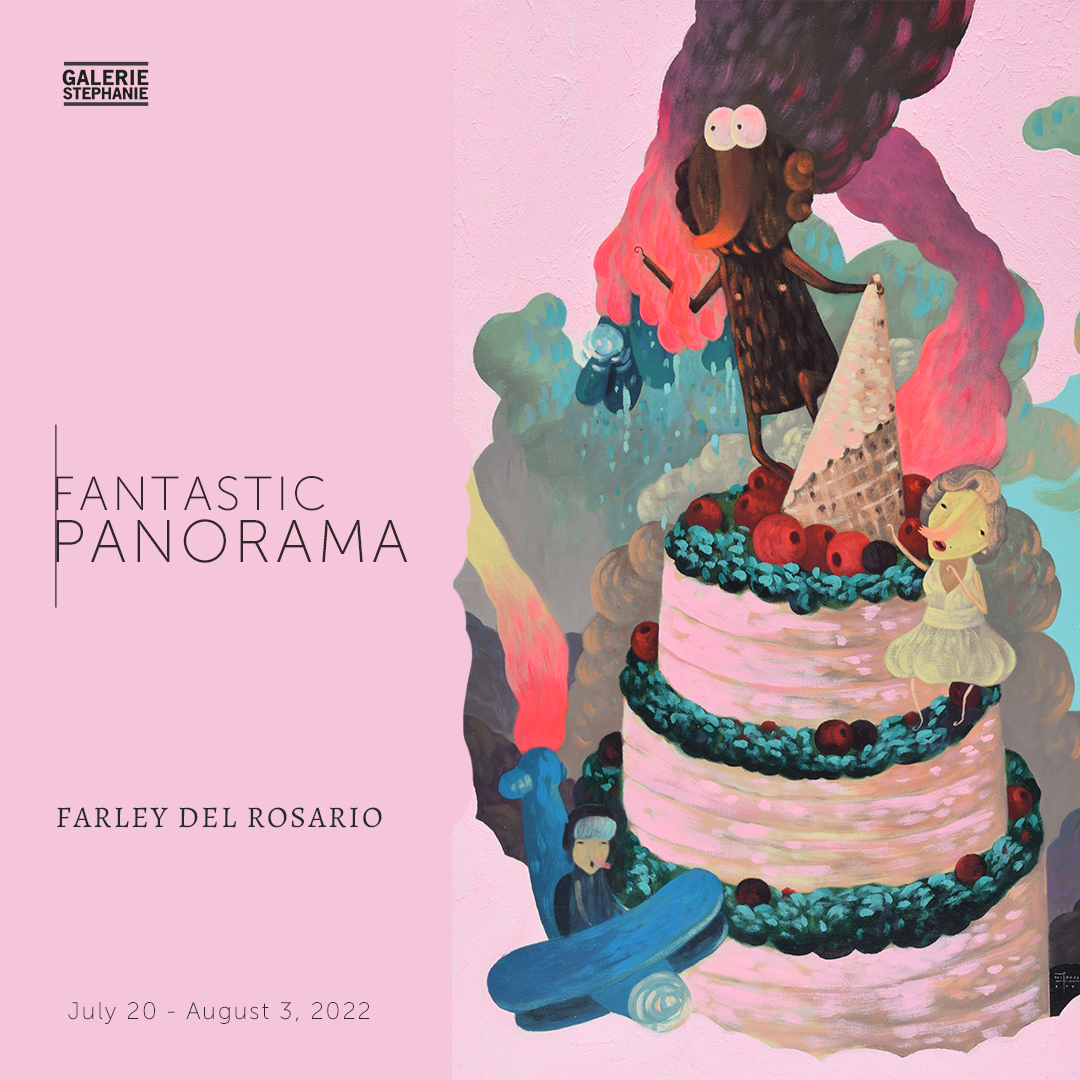 Famous writer Edgar Allan Poe once noted that “…in almost all classes of composition, the unity of effect or impression is a point of the greatest importance.” And this is perhaps the sense of unity that pop culture nourishes—a continuing emergence of communal understanding of a phenomenon, a sympathetic attempt to connect, and a remembrance of the experiences of what may or may not be ours.

And it is just that which visual artist Farley Del Rosario’s solo exhibition Fantastic Panorama shares with the present through Galerie Stephanie. Encompassing unforgettable icons in history that opens portals of nostalgia, he invites the new generation to a journey beyond strings of happenstance through pop surrealism narrated in more than 20 artworks.

In this exhibition, he presents redefinitions of equal footing as remembrance. While classic heroes shown in his new set of works like Batman are presented as one of the most recognizable icons of the massive superhero culture, he redefines the idea of a “hero” through the presence of other significant personalities like Van Gogh, Ben Franklin, and Elvis. Del Rosario incorporates not only the person themselves as “icons” but retranslates them for the kind of culture they represent. The recourse of the classic views of heroism somehow blurs the identities of what a traditional protagonist is: a tortured artist through Edgar Allan Poe, villains representing modern-day perspectives of agony and empathy through Cruella de Ville, and eccentricities embraced through Jack Sparrow and Willy Wonka.

Del Rosario’s apt application and mastery of the faux naïf as a genre, commonly regarded as something artistically low-brow has made it more convivial and familiar, much as much as how these icons are. His four 3-by-4 feet artworks namely “Down the Rabbit Hole”, “Audio Guy”, “Drowning Blissfully” and “The Other Side of the Slide” synthesize the transcendent effects of this pop culture nostalgia as various characters from various timelines, painted against surrealistic landscapes that reflect the fantasy of escape that mass-media entertainment has provided generation after generation.

Even his stylized character portraits on circular canvases of the likes of Shakespeare, Kind Henry VIII and Marie Curie embody his narrative of making iconic faces as something potentially emergent of pop culture, creating standards of new wave of cult favorites that reflect the times.

Fantastic Panorama becomes more than just a retrospect of diverse timelines, but also a realization that the present carries with them. Pop culture, derived from Poe’s statement, is much like a narrative that exhibits a unified effect. And in Del Rosario plays this well: it is transcendent because it is comparative just as much as it is innovative and nostalgic.