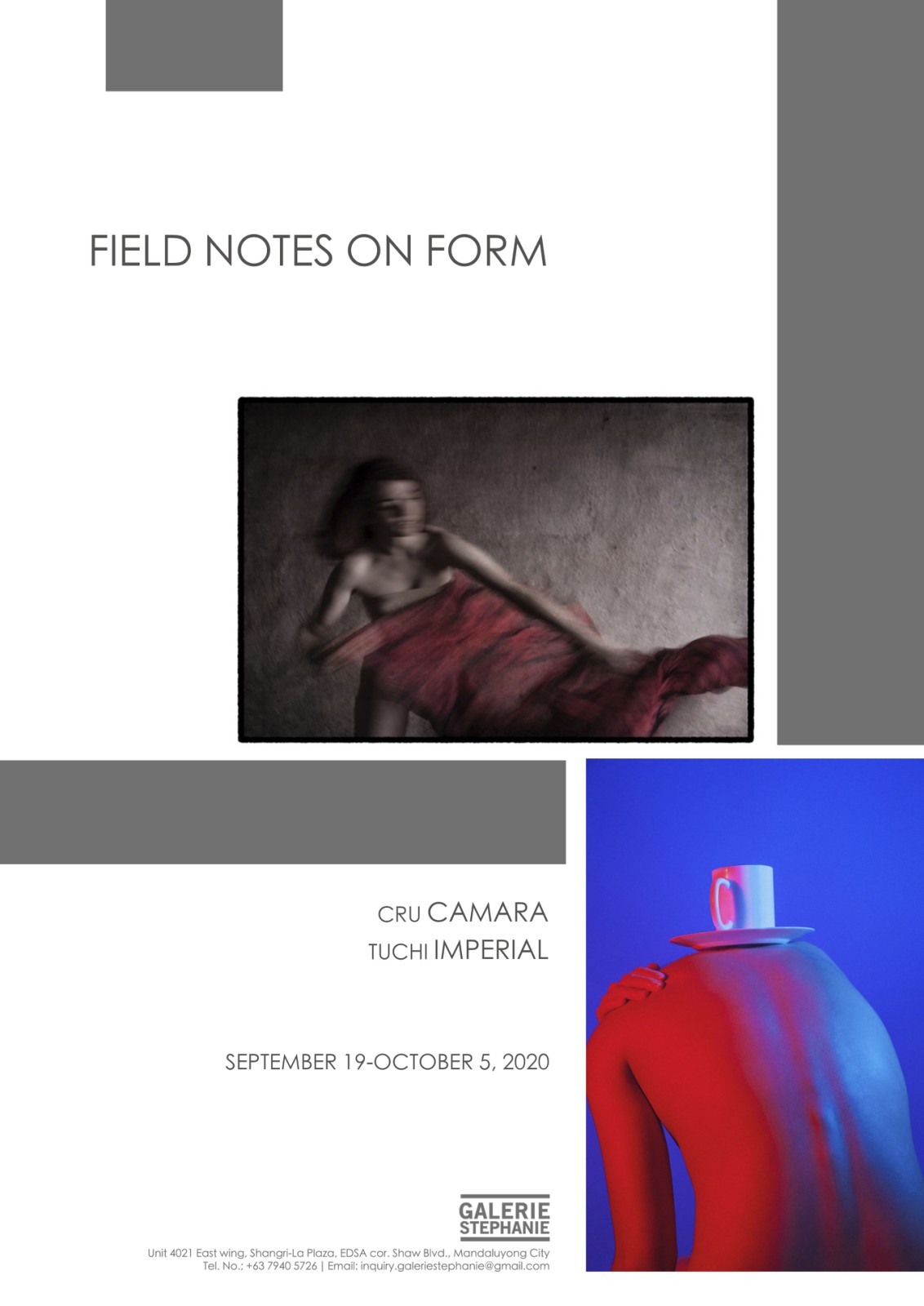 Culture, literature, new media, and art have contributed in debunking the false binaries of gender identity. Poet, critic and civil rights activist Audre Lorde has described herself both as a part of a “continuum of women” and a “concert of voices” within herself. In her memoir, American writer Roxane Gay narrates, “I deny myself certain trappings of femininity as if I do not have the right to such expression when my body does not follow society’s dictates for what a woman’s body should look like.” Chimamanda Ngozi Adichie asserts that feminism and femininity are not mutually exclusive. Our concept of gender continues to evolve, allowing us not to adhere to traditional roles or behaviors.

In Field Notes on Form, Galerie Stephanie takes a closer look at the works of Cru Camara and Tuchi Imperial, as they examine their own definitions of femininity. Through their lens, these two artists delve in the layers of their subjects, and in the process, redefine and transcend conformities. Showing their own visual languages–Imperial’s intimate and nostalgic narratives, Camara’s affinity with stunningly saturated palettes–they, in turn, attempt to incorporate a wider variety of artistic perspectives.