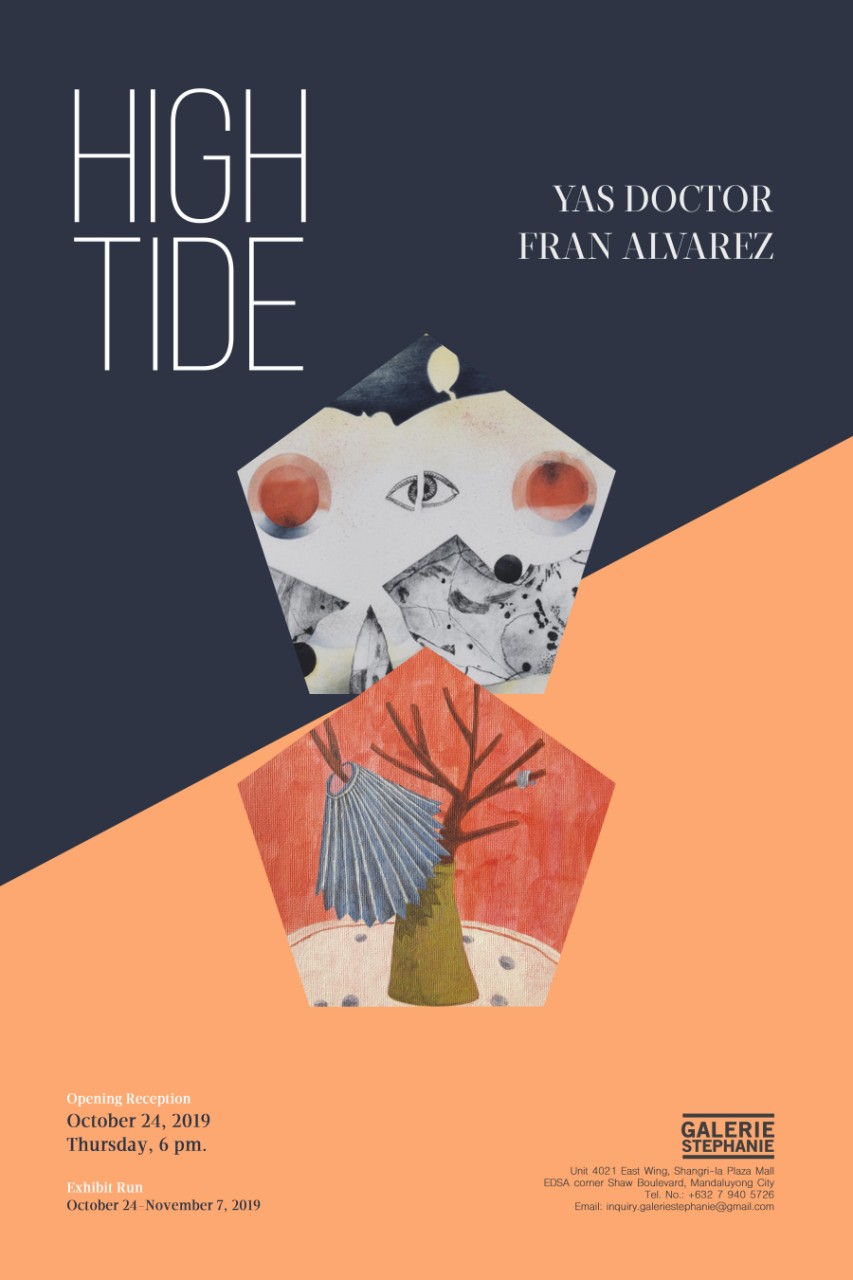 How can something so beautiful like nature can also be a source of destruction and tragedy? How does circumstance play a role in one’s development? visual artists Frances Alvarez and Yas Doctor explore the unpredictable in “High Tide”, referencing quotes from literature as basis for their works.

“The tornado cannot stop turning, and this minute the tornado is the world.” Written by Catherine Pierce in The Tornado Visits Town, Alvarez depicts nature as self-contradictory. It creates catastrophe while at the same time, persists against the destruction it brings upon itself.

For Doctor, she references the quote of novelist Haruki Murakami from Hear the Wind Sing, “A gulf that separates what we attempt to perceive from what we are actually able to perceive,” and relates it to an accident during her artwork production from a previous art residency. By letting go of certain expectations and plans for this show, she was able to work with her discarded plates to explore and produce new narratives.

While both artists work around destructive forces, they also highlight possibilities that emerge from ruins. Similar to tides that rise and engulf territories, only to sink later will enable new ecosystems thrive from what was left by it.