I. Self Medicate: Breathe In 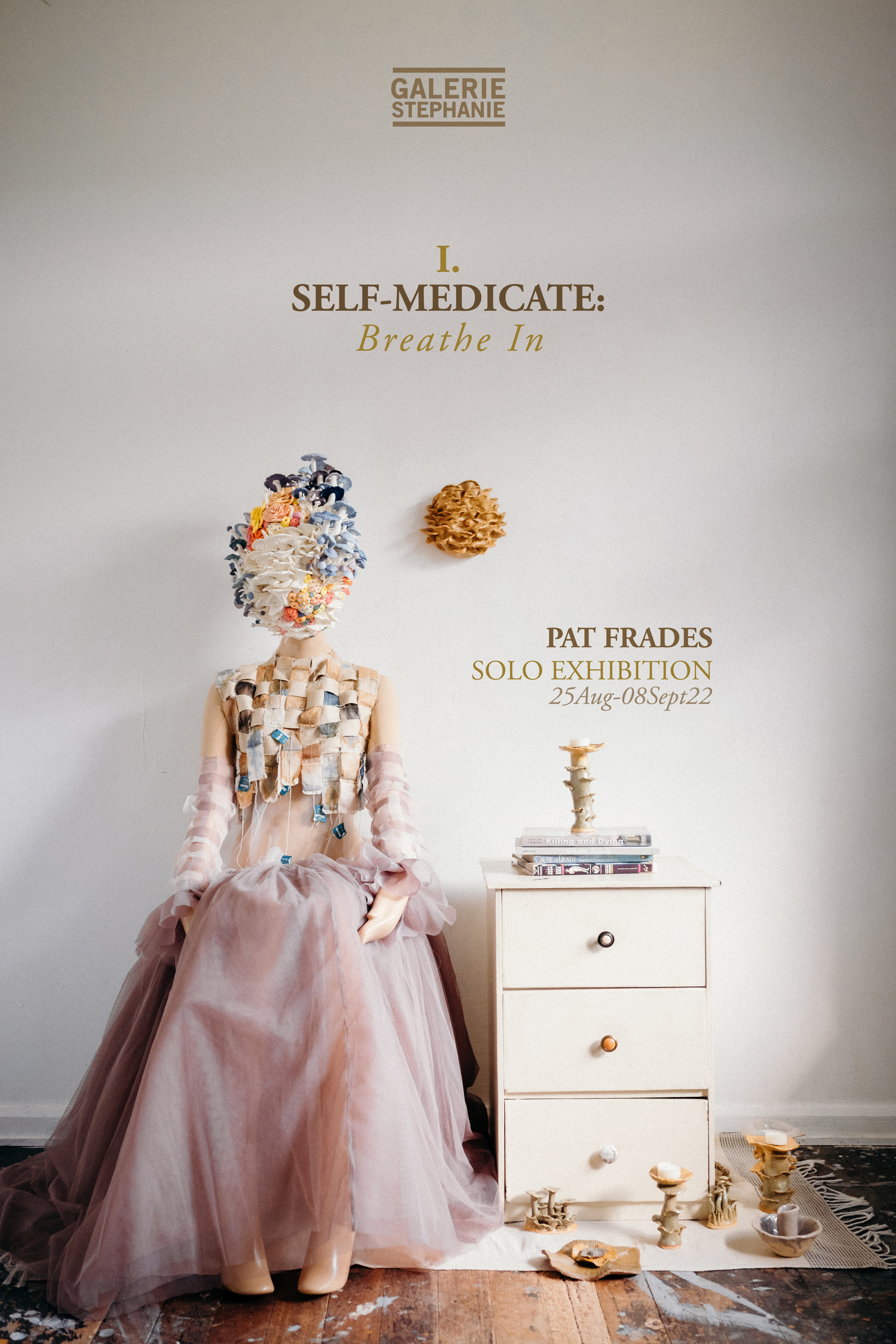 “I can’t see the colors, but they smell pretty.”
–Remaining Flowers (Nokori no hana, 1988) by Nakagami Kenji

Scent has always been like breadcrumbs of memories, where a single breath paints us a scene of emotions and allows us to relive an experience. Visual artist Pat Frades incites such an exploration in the first leg of her five-part exhibition series of the senses entitled “I. Self-Medicate: Breathe In.”

Frades pursues this connection of the senses and in achieving a state of relaxation. While the idea of art has long been known as a cathartic and therapeutic expression, Frades’ sculptural manifestations act as medications for such repose. In this series of sensory and interactive exhibitions, she attempts to divert the idea of “self-medicating” with substance abuse, and the case of Breathe In, replaces it with the energy of nostalgia. She uses her own memory of her recent travel in the province, where the scents of freshly cut grass, bamboo and varying botanical sensations shaped her idea of peace. This wistful affection rests at the core of the exhibit, showcasing the artist’s growing adeptness of the three-dimensional narrative.

Her series of sculptures, which reflect the name of the exhibit, come as a collaboration with chandler Anne Cortez of TWO:AM Candle. These surreal mushrooms made of stoneware clay, alongside works from the series “Lucid”, “When It Rains”, and the biggest lone piece entitled “Ease”, feature personalized candles for the exhibit. They invite the audience into a transcendent and intimate continuum of episodic memories, enticing positivity and allowing them to expand their concept of themselves at the present. She allows her intimate series of stoneware artworks to stimulate ubiquity in memories: to be in a renewed present state while breathing in the sentiments of the past.

Frades, aside from her transfigured mushroom artworks, also features a costume of symbolic decay made by KC Contrevida. The piece is composed of reprocessed teabags, homegrown kombucha leather, natural dyes and burnt organza and tulle–put together to represent a rebirth or rensence. These two pivotal elements of Breathe In summarizes Frades’ desire to empower and introspect through her sculpted spores, permeating through fragrances of nostalgia and enabling us to inhale the peaceful pockets of landscape in our past.

BREATHE IN: Wafting Through Memories in Frades’ First Chapter in the Journey of the Senses
text by Grace Micah Oreiro