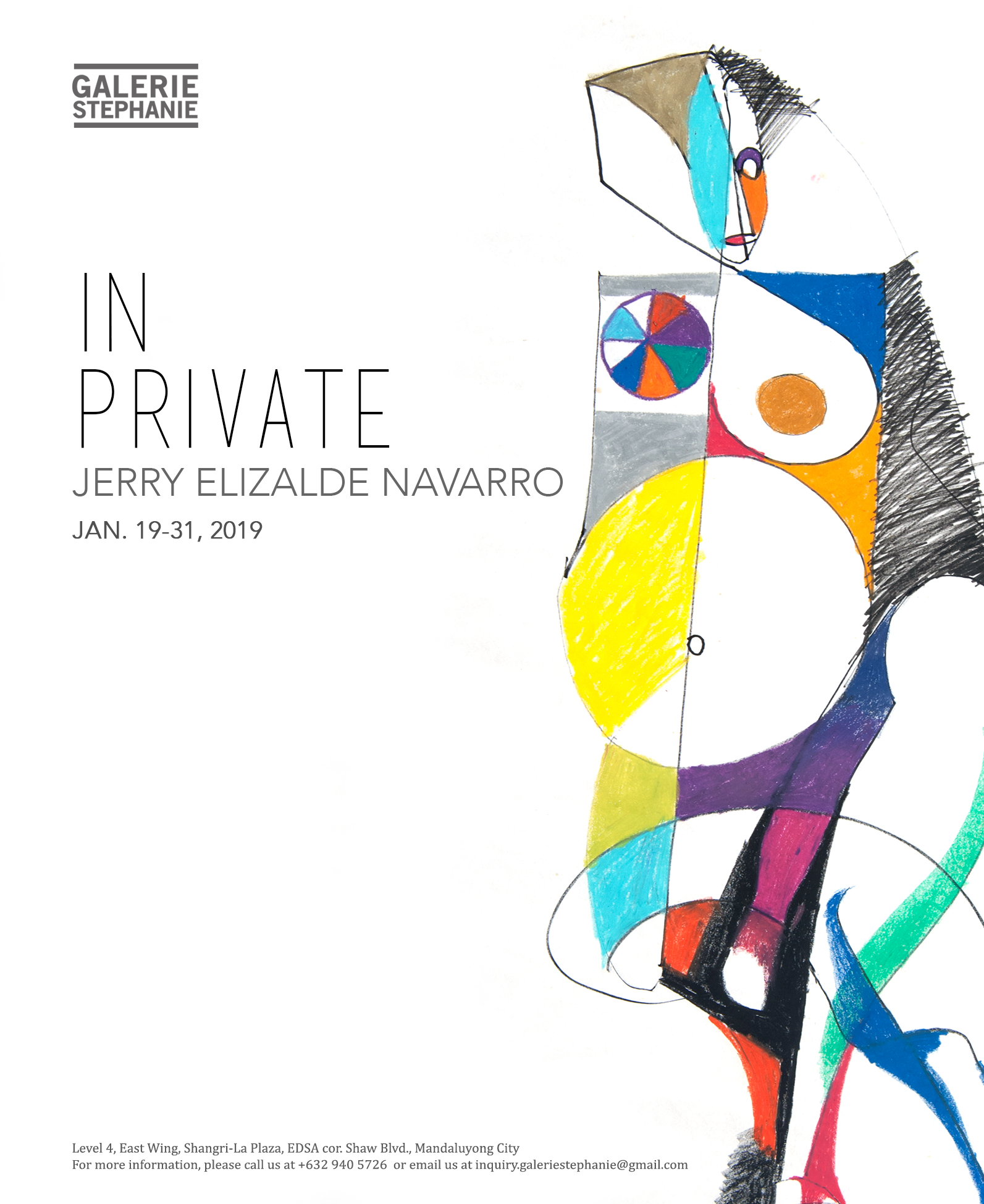 National Artist for painting Jerry Elizalde Navarro may not have the same recall now as many of his peers, like Bencab, Ang Kiukok, Jose Joya, Fernando Amorsolo, or Vicente Manansala, who, by their ubiquitous presence and prominence in the auction scene over the past decade, remain in the public consciousness. Instead, he occupies a more quiet place; mythic still, because of his prodigious output which are well-placed in private collections and museums, but rather impalpable to the general public, particularly the younger set of art collectors and connoisseurs. Yet this was not always the case. Navarro, in his lifetime, explored and excelled in various art fields. An elegant writer and poet, sculptor, graphic designer, and advertising maverick, he represented the Philippines in many international biennales for sculpture (Sao Paulo 1967, 1970,1972), and graphic design (Brno 1974, 1978) and participated in designing the Philippine pavilions in various world fairs and expos (1964 New York World Fair, 1975 Ocean Expo Japan, 1977 International Tokyo Trade Fair, 1979 Hamburg Trade Fair). His interdisciplinary practice; together with his wanderlust which landed him various grants, teaching positions, and exhibitions in Australia, the USA, Japan, and Indonesia; have made his works among the most elegant, cosmopolitan, and sophisticated among the Philippine artists of his time, vaulting his reputation as an artist, and garnering him the National Artist Award in 1999.

Galerie Stephanie, in its pursuit to provide excellent artists, presents “In Private: Jerry Elizalde Navarro“ an intimate exhibition which features thirteen works on paper composed of two collages, eight graphic works and illustrations, and four en plein air drawings; to provide an insight to the creative process of the genius that is Jerry Elizalde Navarro, and make him more accessible to the general public. In the various works which preoccupied the artist in his private time, we see how he mastered line, color, and composition, and gain insight into the themes and subjects which tickled his imagination.