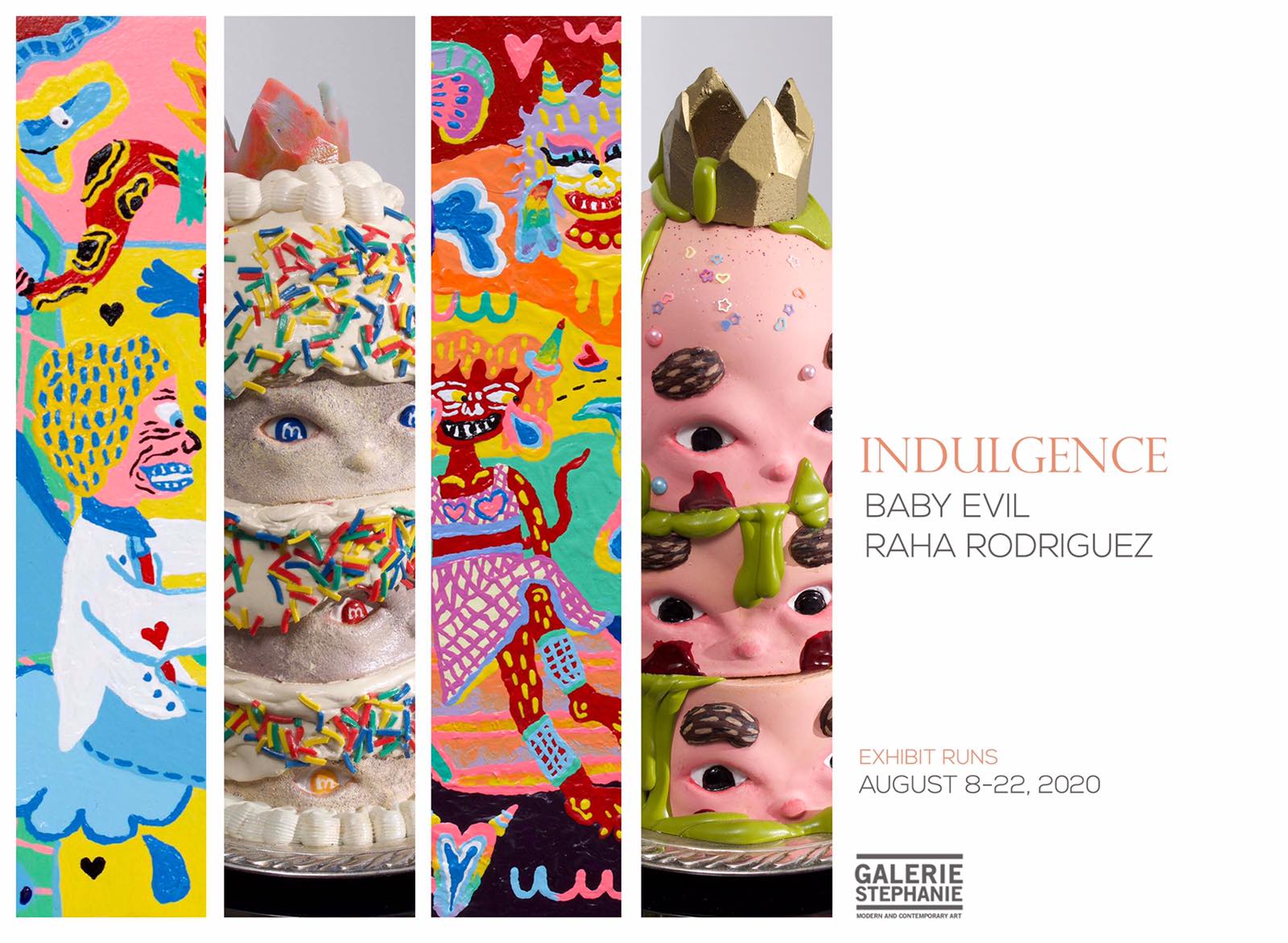 INDULGENCE can mean both the act of allowing one’s self to partake in pleasure or a grant of pardon for sins committed. In this two-artist exhibition, both definitions seem appropriate.

In Raha Rodriguez’ body of work, King Racha, his signature character, is presented as a plenitude of layered cakes. Cake is symbolic of many of life’s happy and celebratory moments. Through offering himself as cake, King Racha embodies the adage “you are what you eat” or in a philosophical twist, we define who we are by what service we give to others. However, it may also take on a sinister turn such as when Queen Marie Antoinette was famously attributed to have said upon hearing of the hunger of peasants in the face of a famine, “Let them eat cake!” Oblivious to a quarantine strictly enforced on ordinary folk, a military official celebrates his birthday in a similarly insensitive way.

In Baby Evil’s heaven and hell scenarios, angels and demons are not adversaries. They are children free from preconceptions of good and evil, who just happen to live in different addresses. Like children, they are mischievous but free from malice. In such a world of wanton abandon, we are asked, who would need absolution?