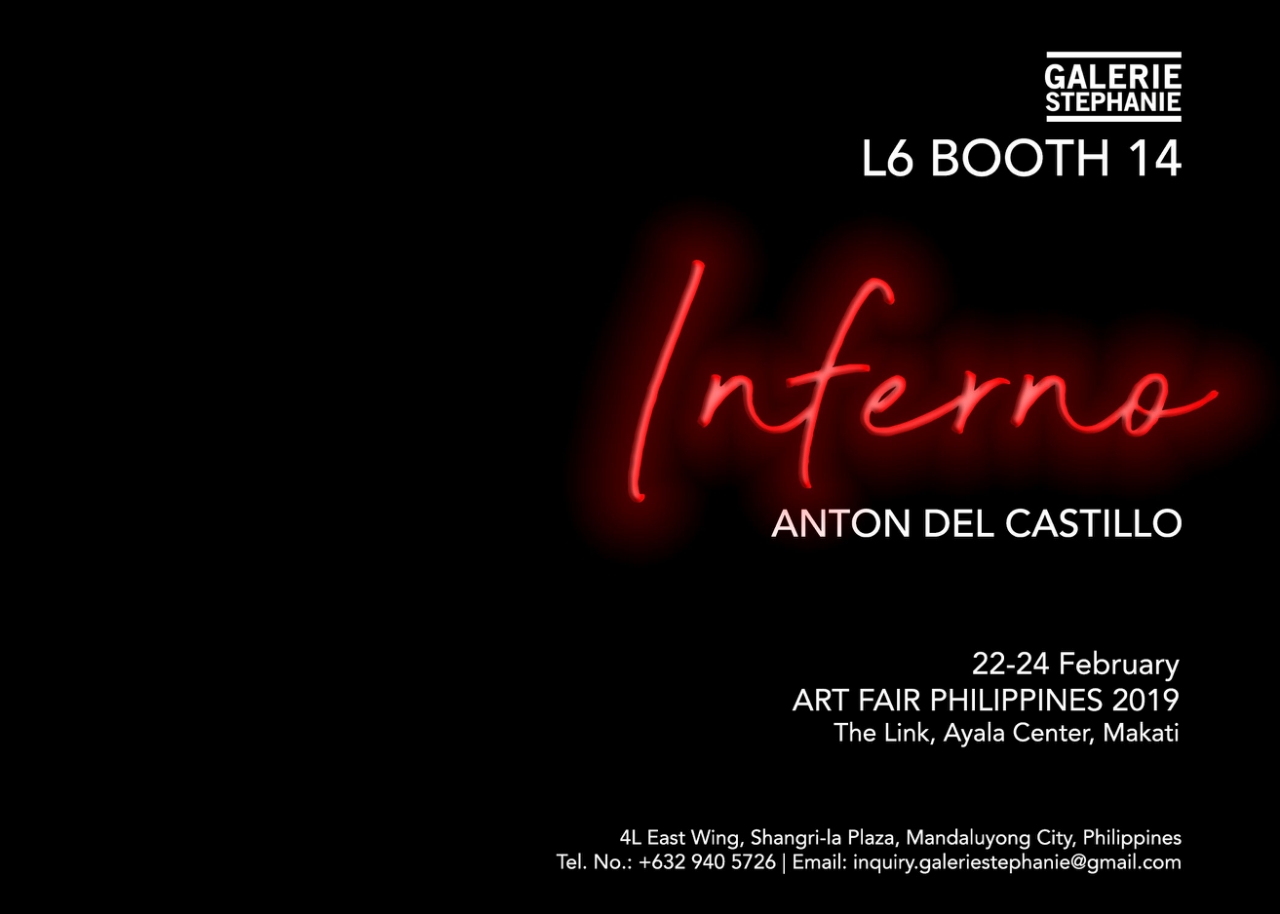 “Hell is other people,” says one of Jean Paul Sartre’s characters in his play No Exit. In the play, the characters start off as strangers and end up locked in each other’s eternal gaze – objectified, imprisoned in each other’s preconception of the other. And there is no escape.

Anton Del Castillo’s solo exhibition, Inferno, brings us to allegorical images of sin. Greed, Sloth, Wrath, Envy, Pride appear in modern tableaus consisting of familiar characters which have appeared previously elsewhere in Del Castillo’s recent works. We are transformed into solipsists, privy to their base acts. But unlike the characters in Sartre’s play, Del Castillo’s characters are unflinching. To them, they act as if what they do is their privilege. To them, there is no shame. There is something disturbing about the thought of being surrounded by seemingly soulless individuals, disconnected from those around them, without remorse in what they do. The imposing gate we have entered, which references Rodin’s gates of hell, usher us not into some mythical place, but into circumstances all too familiar. In these scenes we recognize people we’ve come across; sometimes we see in ourselves.

But it is not hopeless. Amidst all this self-centeredness, is an angel with golden wings, appearing to touch a woman lying on her back. Symbolic of either a higher being, or perhaps a higher purpose, the lone figure offers some sort of redemption. Perhaps, it is in communion that we find our way out.