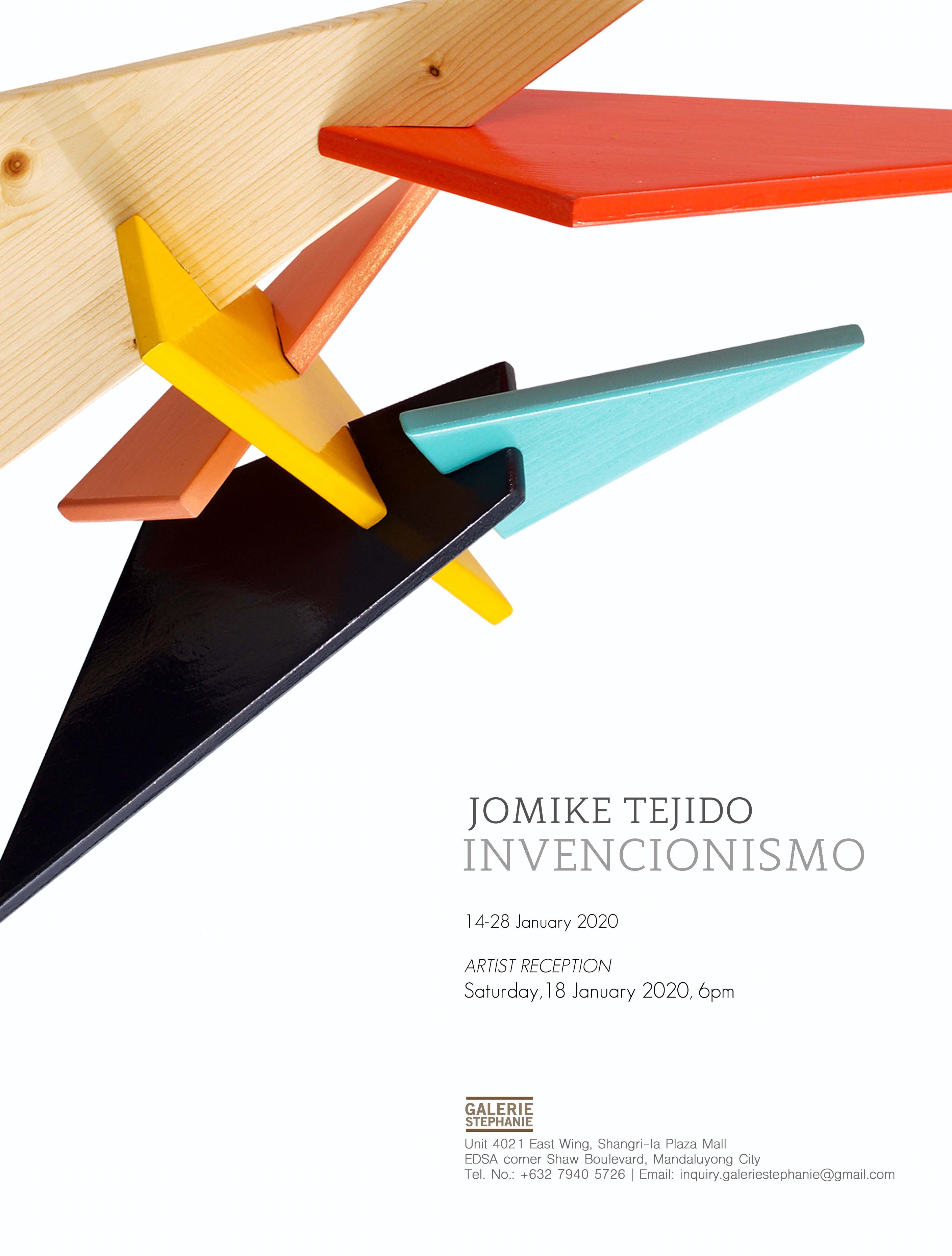 Reflecting on his background as an architect and on the influence of Latin American Concrete art movements in Modern Art, Jomike Tejido presents “Invencionismo” —his recent one-man exhibition. Derived from a term used by the Argentine Asociación Arte Concreto-Invención (AACI) in the mid 40s, “Invencionismo” is often interpreted as a re-orientation of the pictorial identity, which is founded on plastic values as advanced by the European Concrete art movements. Here, Tejido surveys the transformation of lines, planes, and form while activating a sensory experience through the physical and the imaginative.

In this exhibition, Tejido looks at his architectural practice and considers the relationship of creating three dimensional forms, which are then, later translated to paintings. The transformation of objects and images continues with the intent to engage the audience to re-assemble, re-organize, or in other words, to invent based on how they deem art should be acted upon. This attempt stems from the statement inside the “Manifiesto Invencionista” published in 1946 that “Concrete art exalts the act of being, because that is what it practices.” This, thus, refers to art that functions as an act, specifically, as an act of invention. However, Tejido takes a slightly different path as the works here capture a rather more inventive and playful mood than the largely restricted geometrical forms of Concrete art movements such as the AACI, and drawing from later movements such as the Arte Madí and the Neo-Concretism Movement founded in Brazil whose approach proceeds to assess the engagement of the body and the stimulation of senses, other than on vision. Hence, even in works that take the two-dimensional form, Tejido launches his ability in defining illusory spaces and planes that create optical impact that affect other senses through our perception of images.

Nevertheless, Tejido brings to the fore the relationships of objects and meanings when placed in a setting that asks us to think about how art is made and constructed. The effect of contemplative aesthetics when envisioned through art, thus, transcends forms.