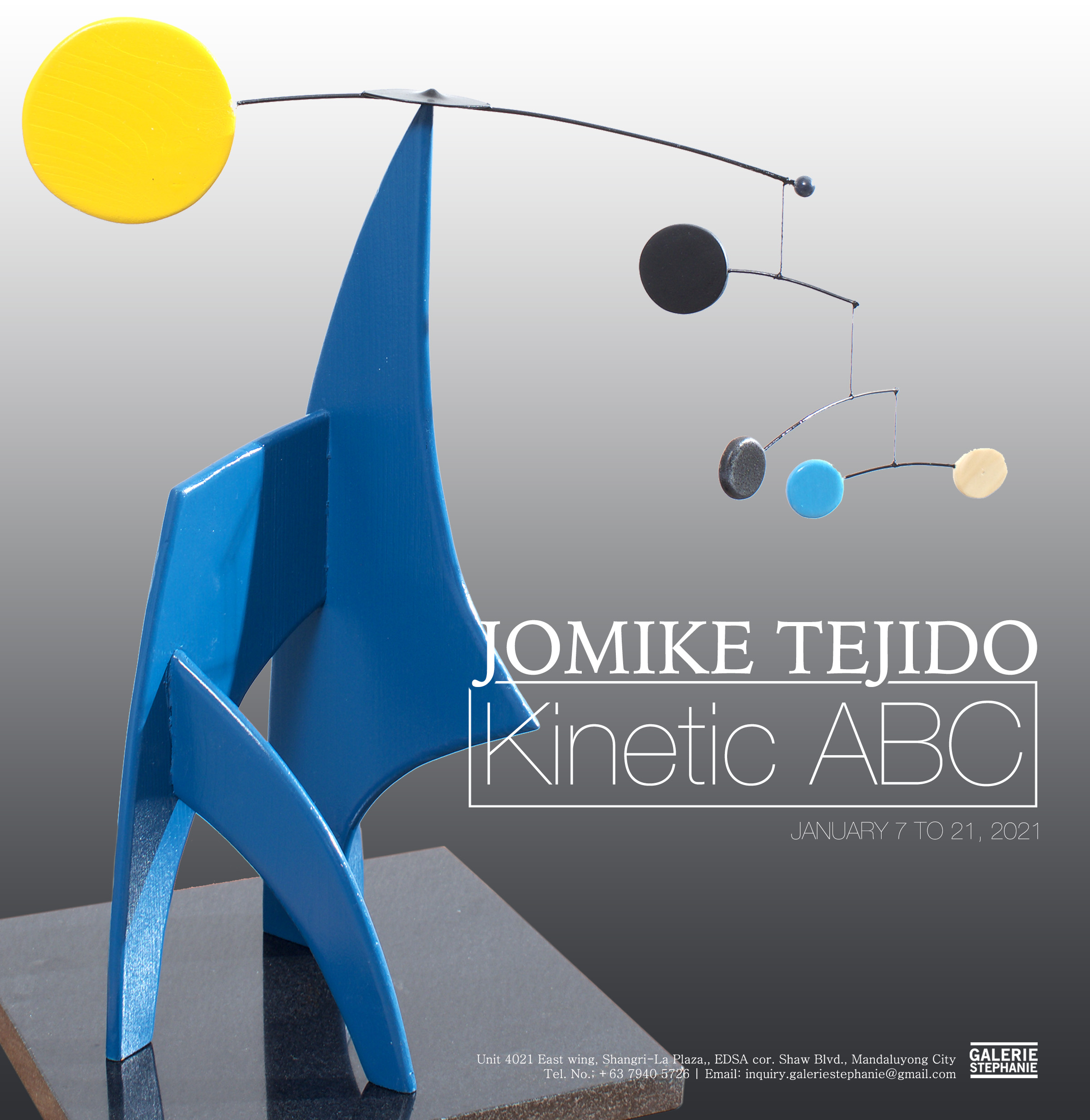 The past year has been a period of ruminations and complexities that called for moments of deliberate nostalgia. In the same way, artist Jomike Tejido realized that he has never illustrated the alphabet after producing more than a hundred picture books for children. In his latest exhibition, Tejido grounds himself back to the fundamentals and basics of things.

Kinetic ABC presents stabile and mobile sculptures that spell out the letters of the alphabet. With paintings named after abbreviations that represent important definitions for Tejido, the works in this exhibition nestle as markers of people, places, and events from the artist’s recollection of the past. Here, the artist remembers himself as a young boy who excitingly scooped out alphabet-shaped pasta from his soup as he formed silly words that don’t make sense. Tejido hopes for the same experience passed on to the viewers—an opportunity to recall blithe and untroubled days and live them once more.

The sculptures in this presentation contain fragments that sway with the air current to generate movement, defining the spaces where the objects rest. The works intervene in the environment and yet, harmoniously and playfully remain. In this series, Tejido’s practice of entailing sharp geometric forms has shifted to the gradual exploration of organic curves. The exhibition takes inspiration from artists Alexander Calder, Hilma af Klint, Joan Miró, the Bauhaus movement, the illustrator Mary Blair, and the French-Swiss architect Le Corbusier.

What we can find here are reminders of matters that made an impact in Tejido’s life, whether in his architectural and artistic practice or simply in his sleeping habits. For example, the paintings here elicit magnetic colors that generate a new cosmos that lives inside Tejido’s canvases. Hence, concocting new perspectives in the way we think about letters and characters.

The intention for Kinetic ABC might have been to send us back to a place where we learn our beginnings in understanding primary forms. However, what Tejido forged is a multi-dimensional way to look at how we associate memories to letters, colors, shapes, shadows, and everything else that has already been there. If only we had looked closer and further enough.