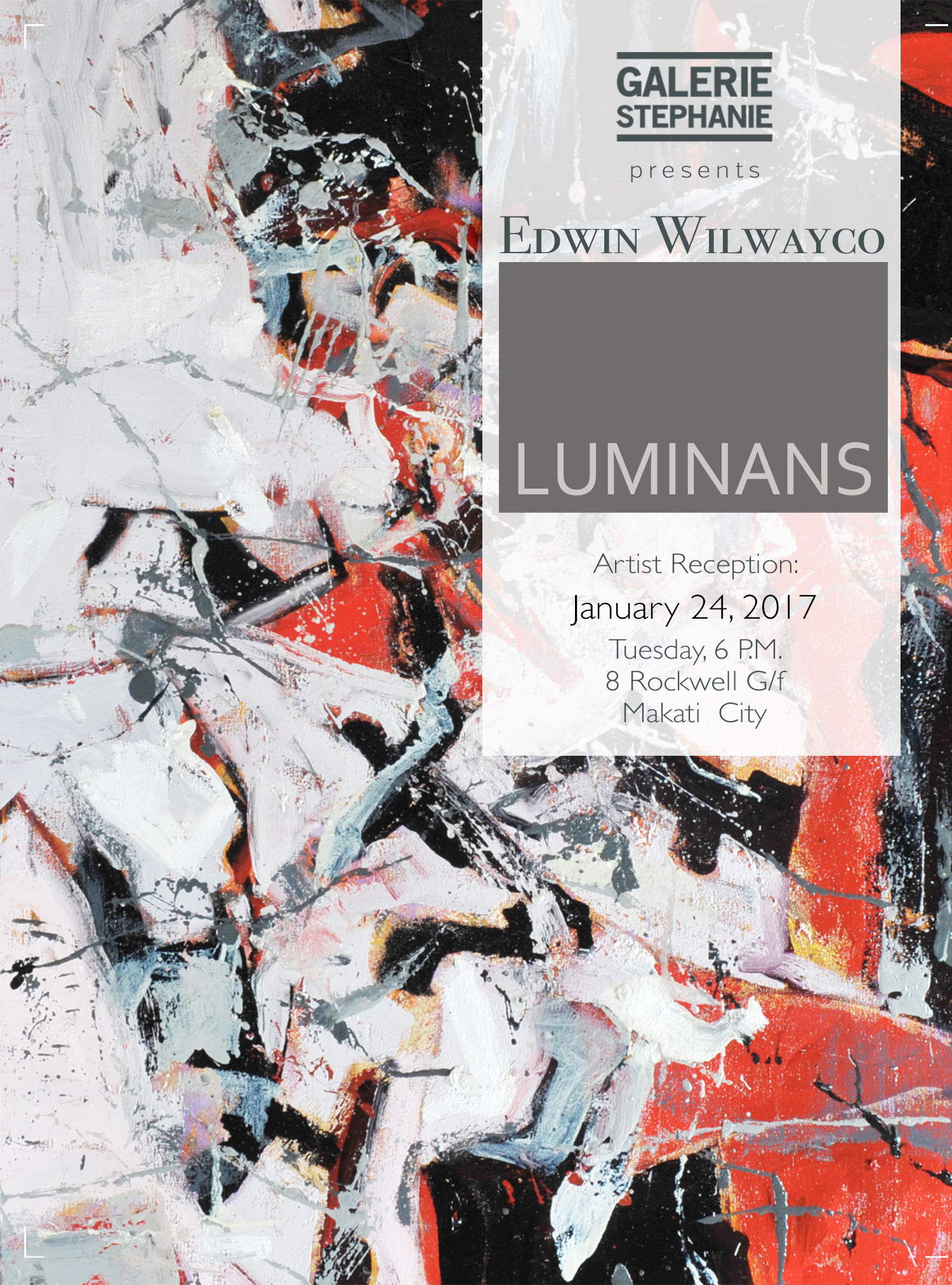 In “Luminans,” Wilwayco banishes the use of a substrate in a surprising volte face, reverting to his pure, thick pigments and abstaining from his colorful palette to subsist in minimalist black, white, and gray with just a nuanced shade of red or green. Though the loss of Wilwayco’s coats of many colors may surprise a number of his collectors, Wilwayco makes up for their absence by proving that, even by a self-imposed economy of means, he could make the non-colors resonate with a deeper spirituality through his vigorous and masterly manipulation of his pigments; drawing from their stark contrast and raggedly, heavy-handed, almost brutish layering of pigments a visual force.

His works here feel like an amalgamation of his previous themes inspired by Nature: “Whispering Winds” “Moving Mountains” and, to a lesser extent, the “Rivercircles.” They are compactly and tautly composed, applied not with the usual flourish but with an accustomed fluency and a keen eye for the subtleties of the retinal behavior of black and white oil pigments when they have been commandeered at the service of their emitted light. It is imperative to note that Matisse, the master Fauvist painter, remarked that a colorist’s skills are even more evident when working in black and white. Wilwayco does no less: his visual acuity makes us see the subtle variations in the tonal values of these non-colors.

Two solo exhibitions by Edwin Wilwayco open simultaneously on January 24, 2017, 6:00 P.M. at the pop up gallery space of 8 Rockwell Building, Rockwell Center, Makati City. Luminans and Octo Gravitas, will be on view until January 31.

“Wilwayco and the Paradox of Change” by Cid Reyes 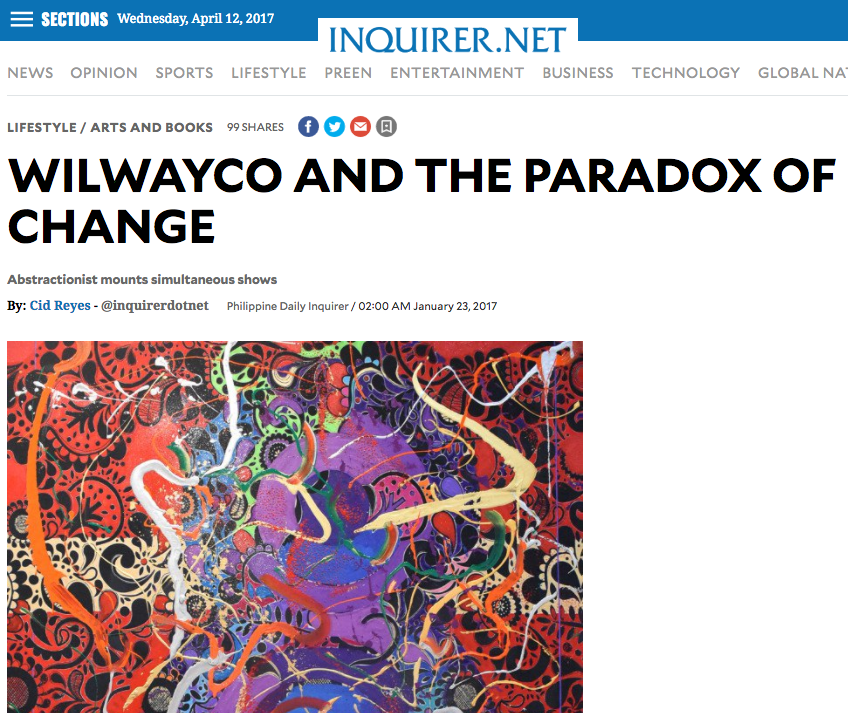