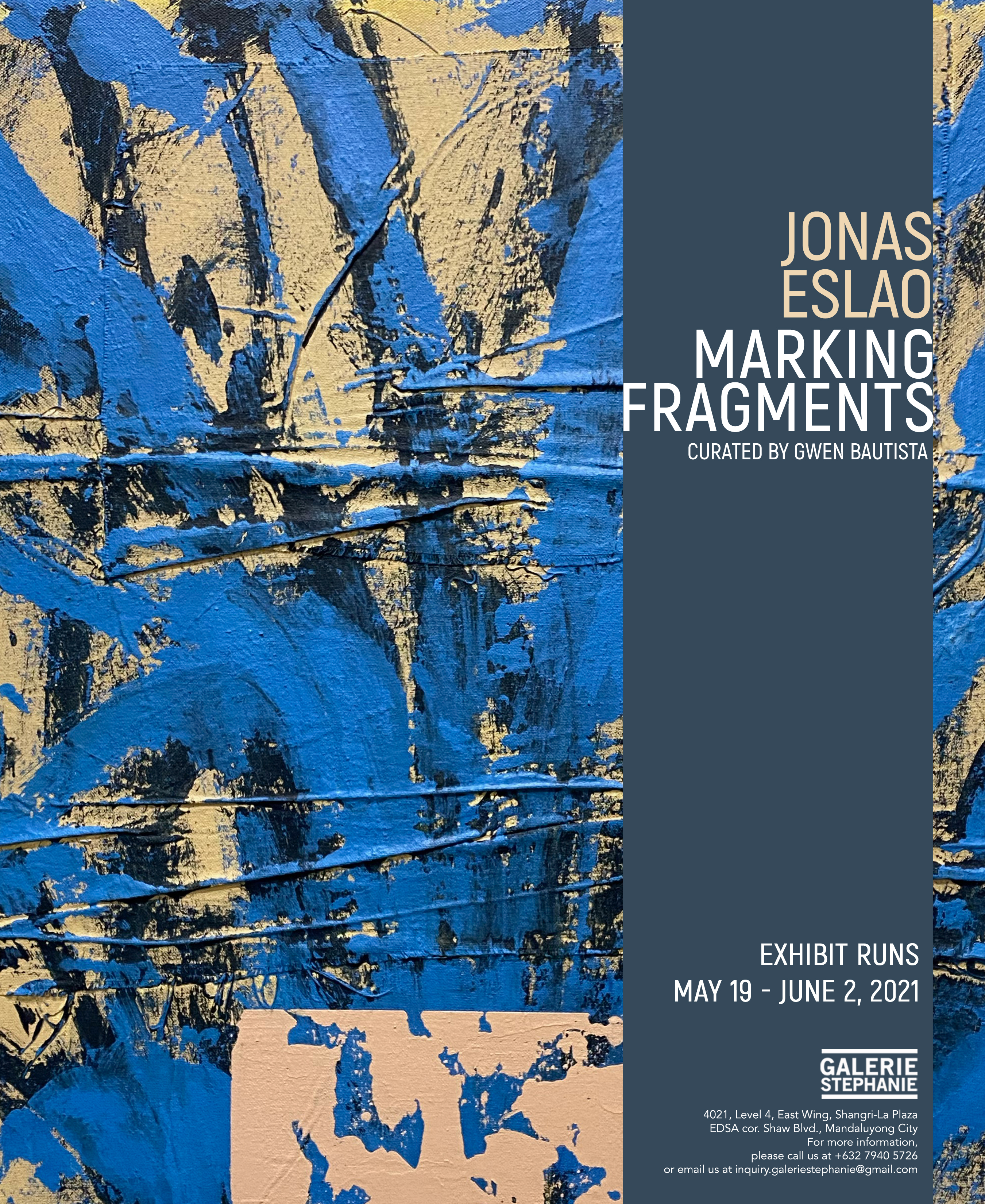 Jonas Eslao looks at the materiality of the canvas as prompt in his first solo exhibition at Galerie Stephanie. Eslao gathered discarded textile materials from his studio and observed the surface of each fragment. Stitching the pieces together, he kept the visible creases, folds, and depths that were produced over time. These marks had recorded movements, actions, and stillness from his studio practice. The artist’s relationship with the material and his ability to intersperse within the process and tension involved in the abstraction had produced an ensemble that places the material at the forefront of painting and image-making.

In “Marking Fragments”, Eslao sets out to explore another perspective in his art-making where instead of using domestic tools and materials, the medium itself is being used to present formed images. Here, Eslao predominantly plays between dark and ghostly shades of pink and blue. The colors either make the material appear or disappear, an exercise for the audience to look where the marked fragments have started to merge into one.

Jonas Eslao (b. 1984) lives and works in Manila, Philippines and has exhibited extensively since 2007. His past works contained themes that thrive on the effects of human intervention on nature and investigates the contribution of cultures and economies to climate change. Recently, he has been exploring abstract expressionism as he creates gestural landscapes using household tools. In his works, Eslao engages in an activity where the action of thrusting shown in each painting no longer rests on the images and subjects produced but on how the internal stimulus of the artist has controlled every loose brushstroke and every spontaneous motion that happens within. He received his BFA in Painting from the University of the Philippines, Diliman. His works have been featured at Art Fair Philippines since 2013 and at ALT Philippines.