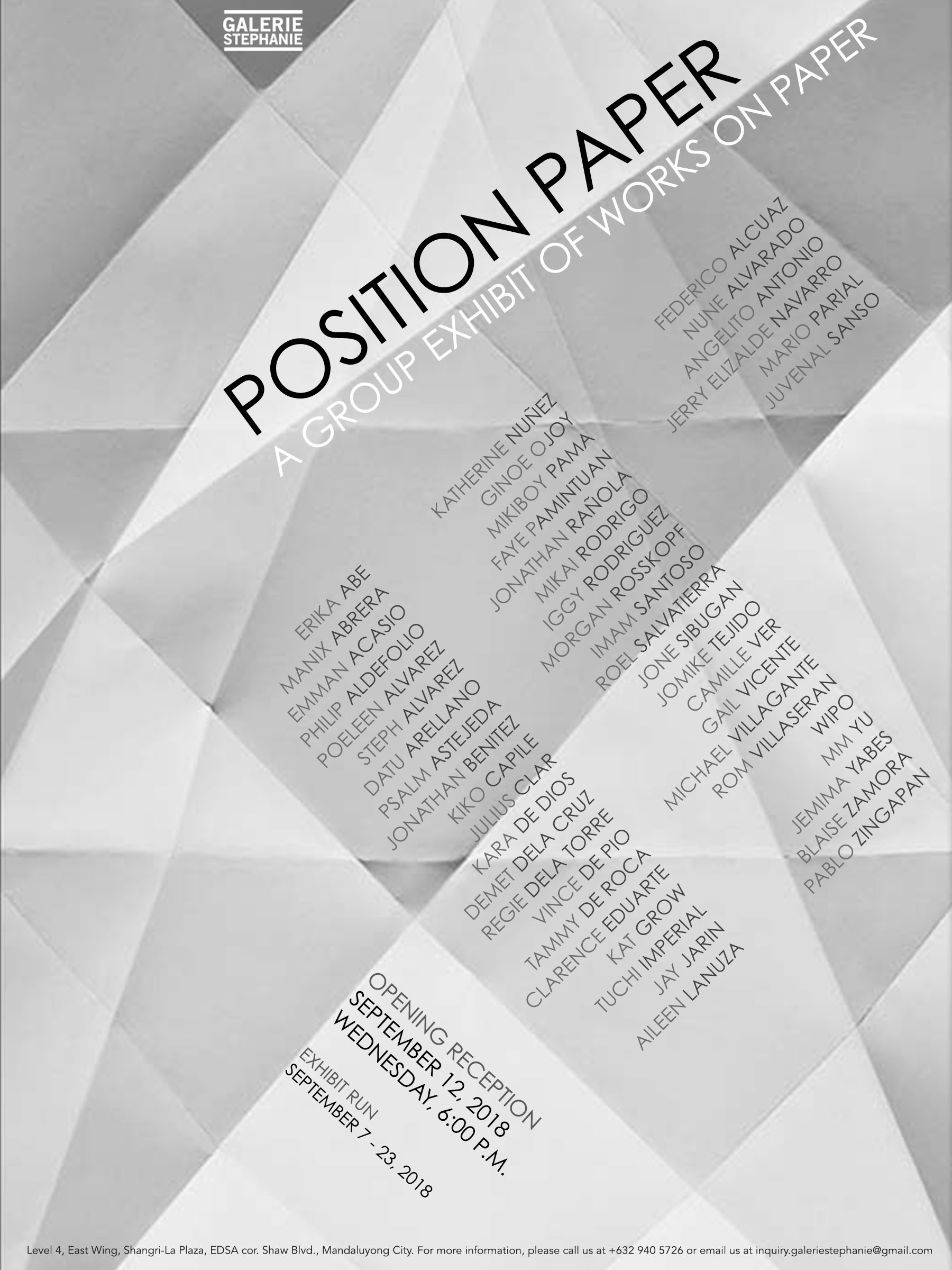 The local art market is booming. Every quarter, records are set in the local auction houses. It is no longer a shock to hear about an artwork fetching more than thirty million, in fact, it is rather expected. Art fairs have gained widespread acceptance not only among collectors, but among the youth who are engaged by the works, and also find it cool to take selfies with paintings and sculptures. And a career as an artist has gained some prestige. The starving artist image is slowly fading as you hear of young painters becoming millionaires and achieving rock star status. And yet, when we look closely, record prices are only set for paintings on canvas. The local collector still shies away from works on paper, which many think as either just preparatory art, such as in the case of sketches, or will not last in this humid tropical environment we are in.

And yet, contemporary art has already had champions on paper as a respected medium on its own. Printmakers, collagists, watercolorists, and paper sculptors all rely on the manifold qualities of paper. Its transparency, weight, texture, sheen, color, even its perceived fragility, all give paper an intimacy that is rarely achieved on canvas. To champion the medium, Galerie Stephanie has called on curator Ricky Francisco, to come up with an exhibition with paper as the star. The gallery has previously invited Francisco for its 2017 sculpture show, another medium which contemporary collectors often turn their backs on. Banking on the warm public reception of the sculpture exhibit, Galerie Stephanie invited the curator, who has chosen more than 40 for the exhibition entitled “Position Paper”. The diversity of artists – represented by artists still in school to national artists, local artists from Manila, Bacolod, Palawan, Japan, and foreign artists from Indonesia and the USA – present a compelling argument in behalf of paper. Their works, which range from drawings, paintings, collages, books, tape art, embroidery, and intermedia, show the various effects achieved by paper as either medium or support for art.