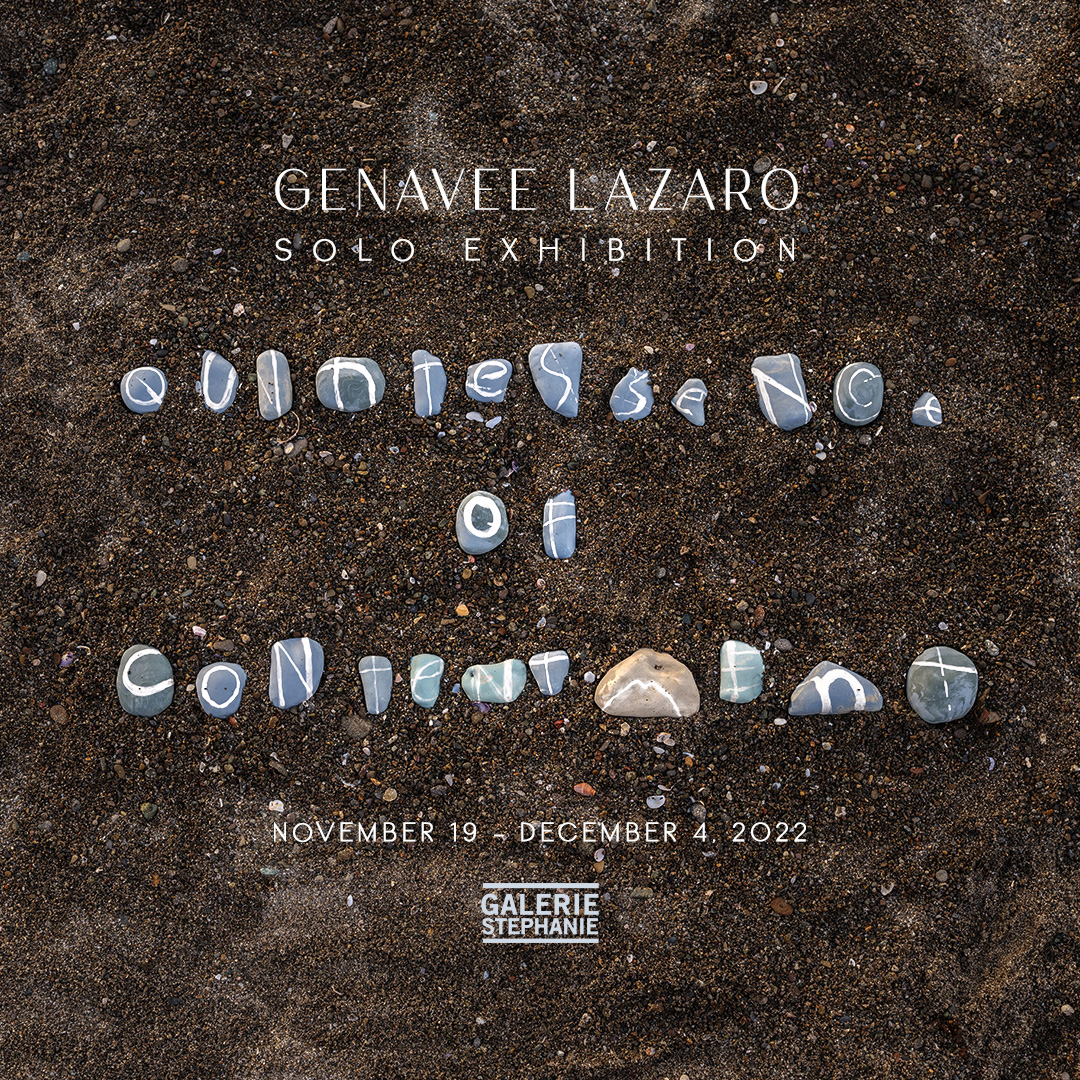 Contentment is hard to come by. We hanker for it, seek it in its purest form, however which way we can, and quest for it in everything we do. Yet, for all our chasing, we may never quite ‘get it’.

In Quintessence of Contentment, Genavee Lazaro’s Cactus Friends, larger than life, offer a glimpse of just that. At peace with their surroundings, with one another, and with themselves, some loll back unfazed, while others have fallen fast and unabashedly asleep. With that, they beckon us passersby to join them, to lounge in earned respite from the hustle and bustle and bask in the sublimity of everyday humdrum.

In contrast with Lazaro’s past iterations of the anthropomorphic figures, this company of Friends is distinctly greater in scale. Once a miniature, almost imaginary, existence, each Friend’s presence is “more felt, more seen”. Still, the quirks remain: a spirited bunch of collectors and creators, siesta-nappers and sunbathers, they relish in things the better part of us may have left behind and forgotten about.

Lazaro embraces a childlike playfulness, as she fights back concerns that weigh on the modern individual. ‘Contentment Creator’ resists the contemporary obsession of cultivating and maintaining not only an online presence but an identity, in an illusory sphere that has become fertile ground for discontentment as people vie for others’ attention and approval.

Perhaps we ought to be like the Cactus Friend taking a ‘Beach Nap’, bare-faced, bare-bottomed, deep in its slumber, unencumbered by the pressures and demands of the world outside.

In ‘Stone Collector’, a Cactus Friend proudly displays its clay stones. A mark of the artist’s keen observations and appreciation of her natural surroundings, each stone is crafted uniquely — modeled after the real world, but molded by her experiences thus. Frequenting a pebble beach, the artist has herself found contentment in building a stone collection and seeking ‘wishing rocks’, to furnish her new home and protect it from unwanted visitors. ‘A Fine Addition to my Driftwood Collection’ similarly captures Lazaro’s unwavering optimism through tumult. Weathering waves and storms, the artist looks forward to the wealth of driftwood that will surely wash ashore.

Seeing herself in each Cactus Friend, Lazaro sees and seeks the latent brilliance of the little things, with an ever-growing confidence, knowing that, while there is no easy definition of contentment, it “is available to anyone who wishes it.” Finding her own definition in and during her beach walks, Lazaro shows that the path to it is but a walk in the park.