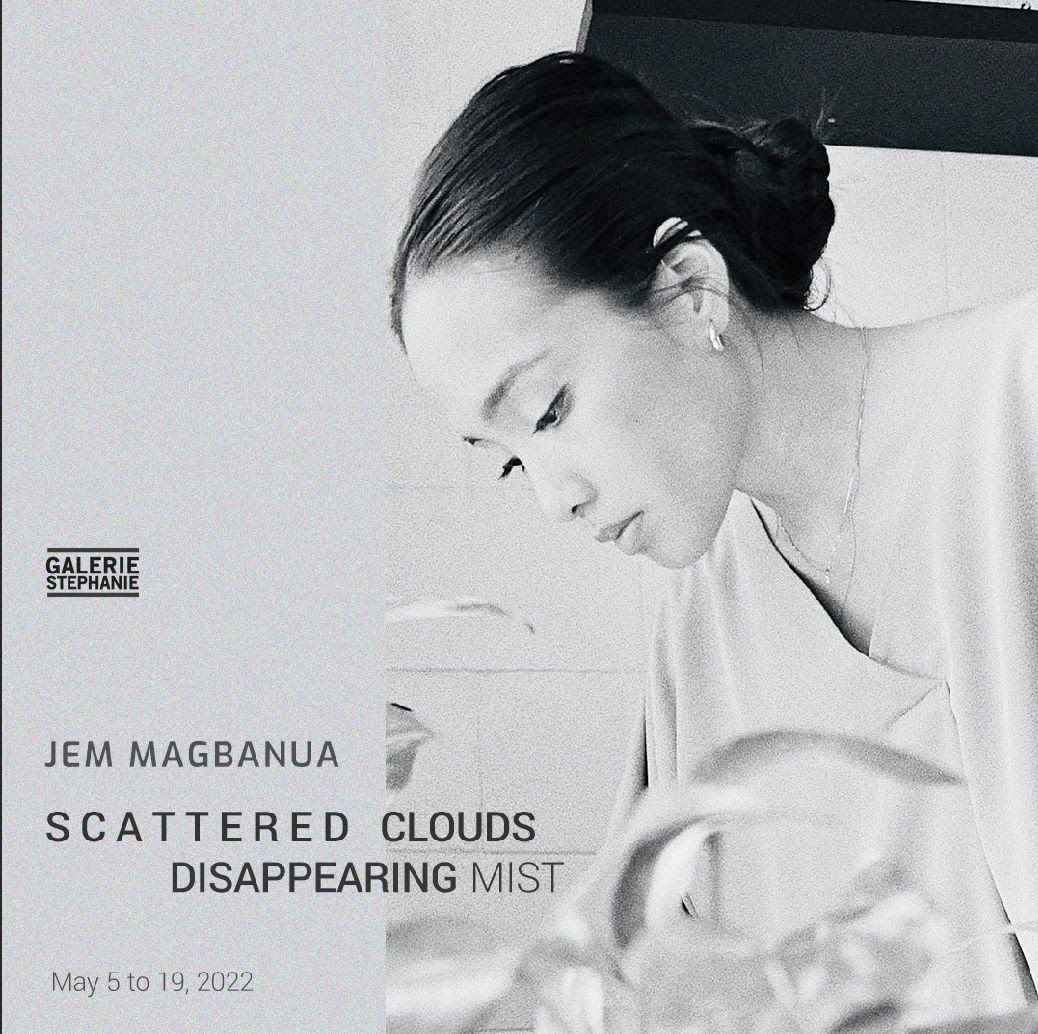 Drawing is rudimentary, it is immediate and intimate. Its nascency finds itself cradled in childhood where tiny hands seize any marking tool so that an idea may be fulfilled and conjured on paper. In contrast to painting where concealment is a means or an aftermath, in drawing, erasures and space reveal as much as marks, scribbles and traces. In the absence of things, we also see the shape of things. In artist Jem Magbanua’s Scattered Clouds, Disappearing Mist—consisting of a collection of works in graphite on paper completed between 2016 to the present—drawings are records of fleeting, vanishing moments in time and space.

Much can be said about what has transpired in the last two years, but perhaps there is more weight, more value in a simple surrender. When severe disruptions in established order occurred, men receded into caves and canopies of rock and verdure to commune with nature. Magbanua is keen observer of her environs, and nature is limned in careful detail in all of her works for this show. She divulges that, “perhaps this fixation I have on the verdant, the expanse, the celestial is a symptom of seeing the slow collapse of the world.”

Unsan Musho (graphite on paper, 2016), whose translation from Japanese is the title of this exhibition, depicts lush foliage in gradational evaporation. At one point it is in peak, leafy flourish, and in the next, a faint impression of what it was. Finally, traces of its finality can be surmised in the light finger smudges on the page.

In the piece entitled Shoji (graphite on paper, 2016) time is contracted and expanded into organized grids, its structures a sharp contrast to the bucolic scene it is set against. For the artist, there is no more truer depiction of passage time than in stars, waxing and waning moons and turning leaves. The work Respite (graphite on paper, 2016) shows a jagged vaulting landmass, unmoved in perpetuity. The formation has perhaps stood there since the creation of the universe, silent witness to all human histories as the inflection of time arches behind it.

In Magbanua’s work, the strokes are never brash or forced. The scribbles and strokes are deliberate but instinctive, sharp yet delicate. Quiet, muted, silvery grays of graphite skim against white pages—a careful study in tonal values. Layers formed from a multitude of repetitive strokes endows upon her an acute awareness of the passing of time. The intent is not in hyper-realism, but rather, to be able to conjure the particular feeling her subject evokes. In here we do not encounter a monumental, brooding physicality, but rather, work which urges us to ponder in quiet thought and ruminate on—while in the present—a more immaterial, impalpable monumental.