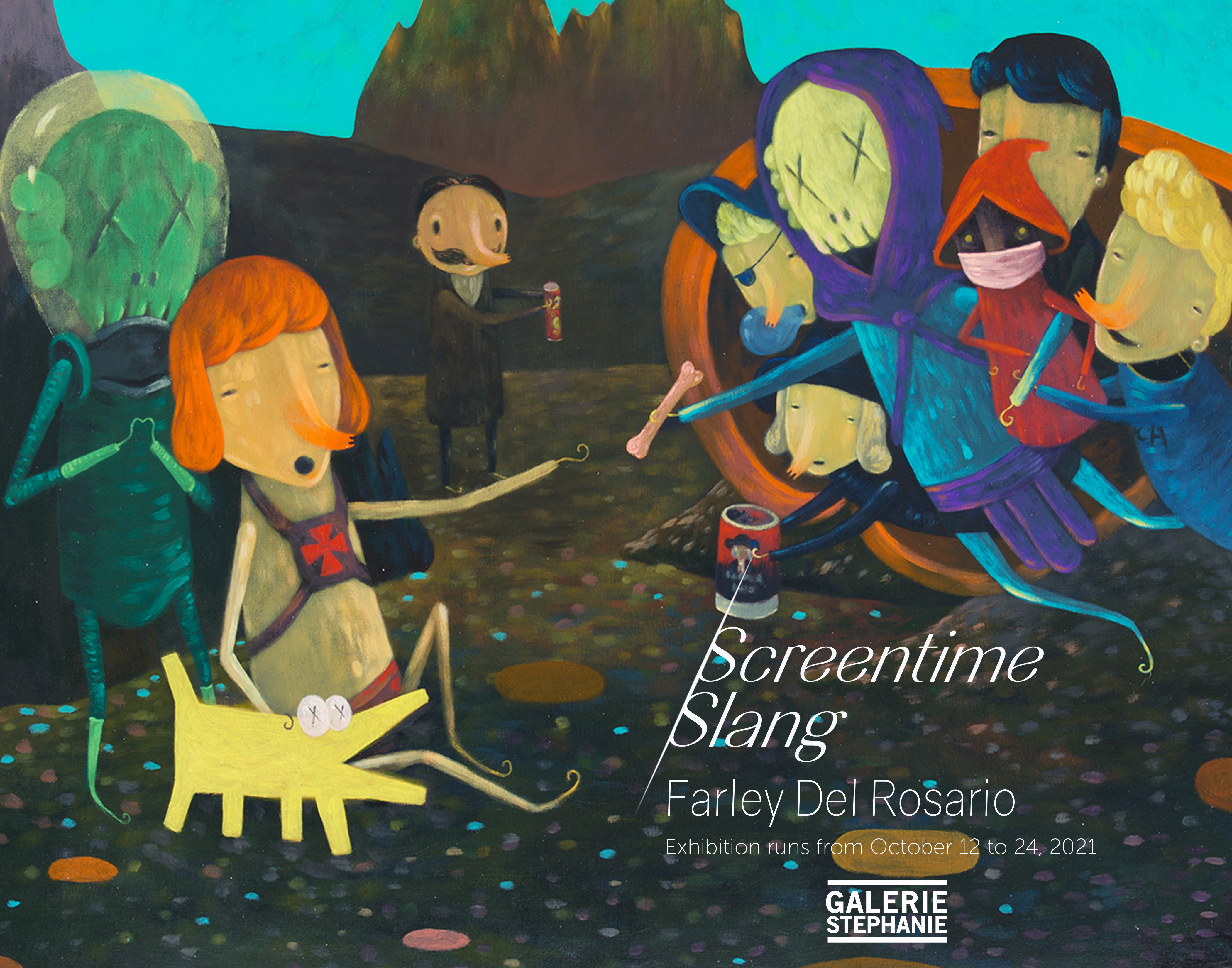 While media has clearly brought a sense of community through awareness, Farley del Rosario’s use of iconic pop culture references in “Screentime Slang” captures a different kind of comfort in that community.

For instance, “Pop Media Festival” appears much like its name suggests—a festival. Here he combines a myriad of pop culture icons ranging from comic book superhero He-Man to satirical cartoon duo Beavis and Butt-Head to staple home pantry brands like Pringles and Quaker Oats, portraying the most number of characters he merged in his entire oeuvre. However, the multitude of characters speak not only what the characters represent but also the diversity of pop culture and its influence on media. This particular acrylic-on-canvas work of Del Rosario is a quiet nod to the diversity of connections: accentuated by bright yellows amidst a dark ochre polka-dotted landscape, the characters’ gestural mimicry of Michelangelo’s “Creation of Adam” signifies how our interconnectedness goes beyond language and common interests.

Other notable pieces like “Kaws Don’t Let Me Down” (a nod to the Beatles’ song and the popular character of Kaws) and “Waiting For the Bus” (to the fans would be both the Eraserheads’ song and the iconic scene in the film Forrest Gump), tackle a deeper level of familiarity in the elements they contain. Here is where Del Rosario portrays the correlation of finding value in things we have the most knowledge of. The things individuals recognize themselves in are things they build connections in. Much like how people rely on language to establish a common knowledge, Del Rosario likens every character in his works as an experience worth reconnecting with.

And much as how slangs unite a group of people through an informal and exclusive language, Del Rosario allows his audience to perceive their roles as part of a simultaneous communal experience and in meaningful wordless encounters that surpasses origin, beliefs and other socio-cultural labels.