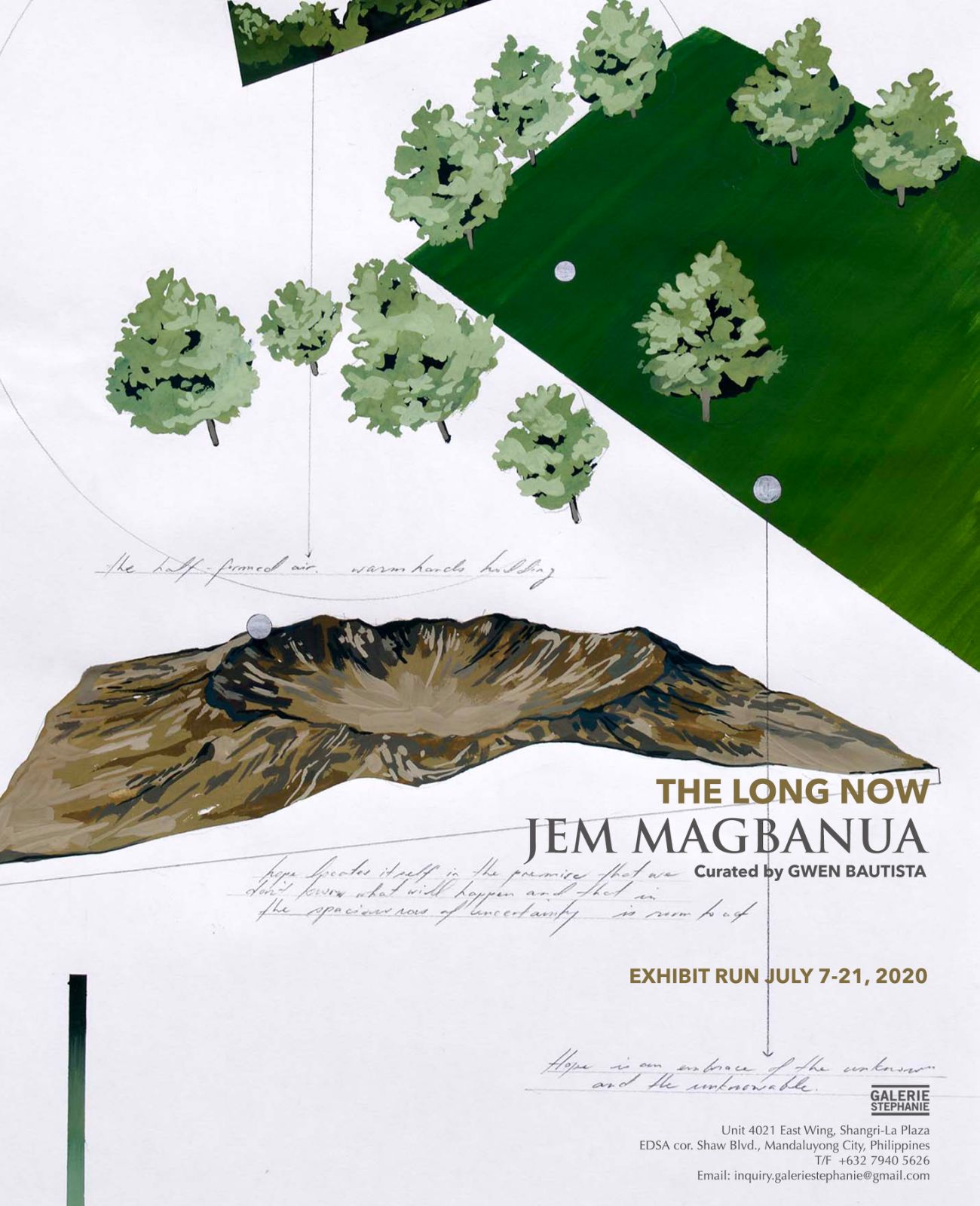 A new strain of coronavirus had changed the global landscape in less than a year. Mandatory quarantine protocols have been set in countries where rising numbers of infection had been observed. In the Philippines, over a hundred days had passed since the government ordered restrictions on mobility and travel. With the closure of establishments, institutions, and bound interactions, the drastic shift to move almost everything to the virtual realm, now, deposes a new era. How do we make sense of reality in a period of isolation?

In documenting the stillness of the world at present, Jem Magbanua considers maps and other visual modes of representations to chronicle these attempts. Cartography, as the science of drawing maps, has its roots mired in the history of imperialism and colonization. The understanding and naming of territories are actual impositions of power that translate to recorded violent periods in human history. Throughout time, maps have become devices that enforce our recognition of the expected context in the way we must navigate the world. Shapes and colors tell us that land and sea formations, elevations, and borders have become the world that has been narrated in illustration; it might as well be an illusion.

“The Long Now” draws images from Google Maps, a platform that combines traditional and digital technology in charting the globe. From a computer screen, the world can be virtually navigated and explored. Its creation has revolutionized cartography in ways it had never seen before. In this exhibition, Magbanua takes fragments of random places she had inspected from these virtual maps. These images were then merged with the artist’s observations of the sky as it changes throughout days and months, which is an activity that dissects unfamiliar places and finds a sense of normality while caught in a period of uncertainty. The drawings in this exhibition neither portray nor obscure the truth. They reflect the inner workings of the author from her instinct to investigate our associations (or its absence) with spaces; framing landscapes to oscillate between the real and the imaginary.

In Magbanua’s enactment of control, we are re-introduced in our assumed cognizance of time and place. What we know about the world from centuries of conquest and invasion is susceptible to forces of intervention. It is never finite and yet, at times, it seems heavily permanent. In this phase of physical remoteness, Magbanua reflects on the passing of time and the impossibility of an accurate depiction of reality. “The Long Now” can only be an arbitration between periods of disquiet and placidity — a narrative that takes control of the unexpected trenches of life.

Request for an Exhibition Catalogue