The Persistence of Hope 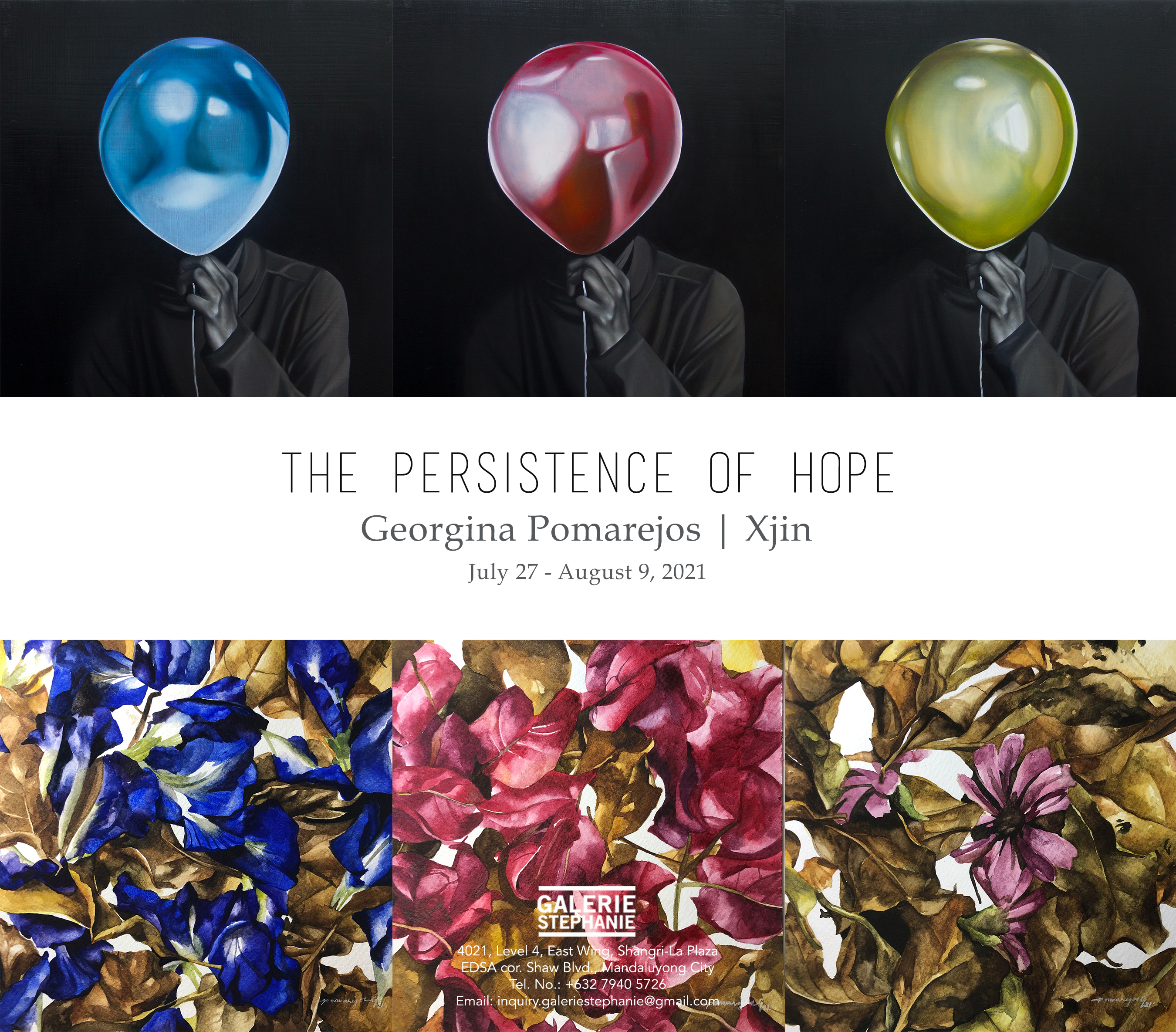 Georgina Pomarejos and Christian Pagadora present different images representing the persistence of hope, despite its fragility.

Pomarejos, whose oeuvre is largely composed of paintings using watercolor, expresses how life endures, and flourishes, despite its vulnerability through the metaphor of delicate but exuberant flowers and blooms, set against withered leaves, and depictions of brokenness.

Using the metaphor of brilliant balloons of different colors in contrast to dark backgrounds, Pagadora touches on the uplifting value of hope against the overwhelming odds. Light, from which color is revealed, as well as lightness, by which the balloon floats, becomes the motif which Pagadora images hope.

By creating metaphorical contrasts, of color against light, exuberance against vulnerability, the two young artists mirror hope as both parallel and vital to life.