The Reverence of Life And The Nature of Love 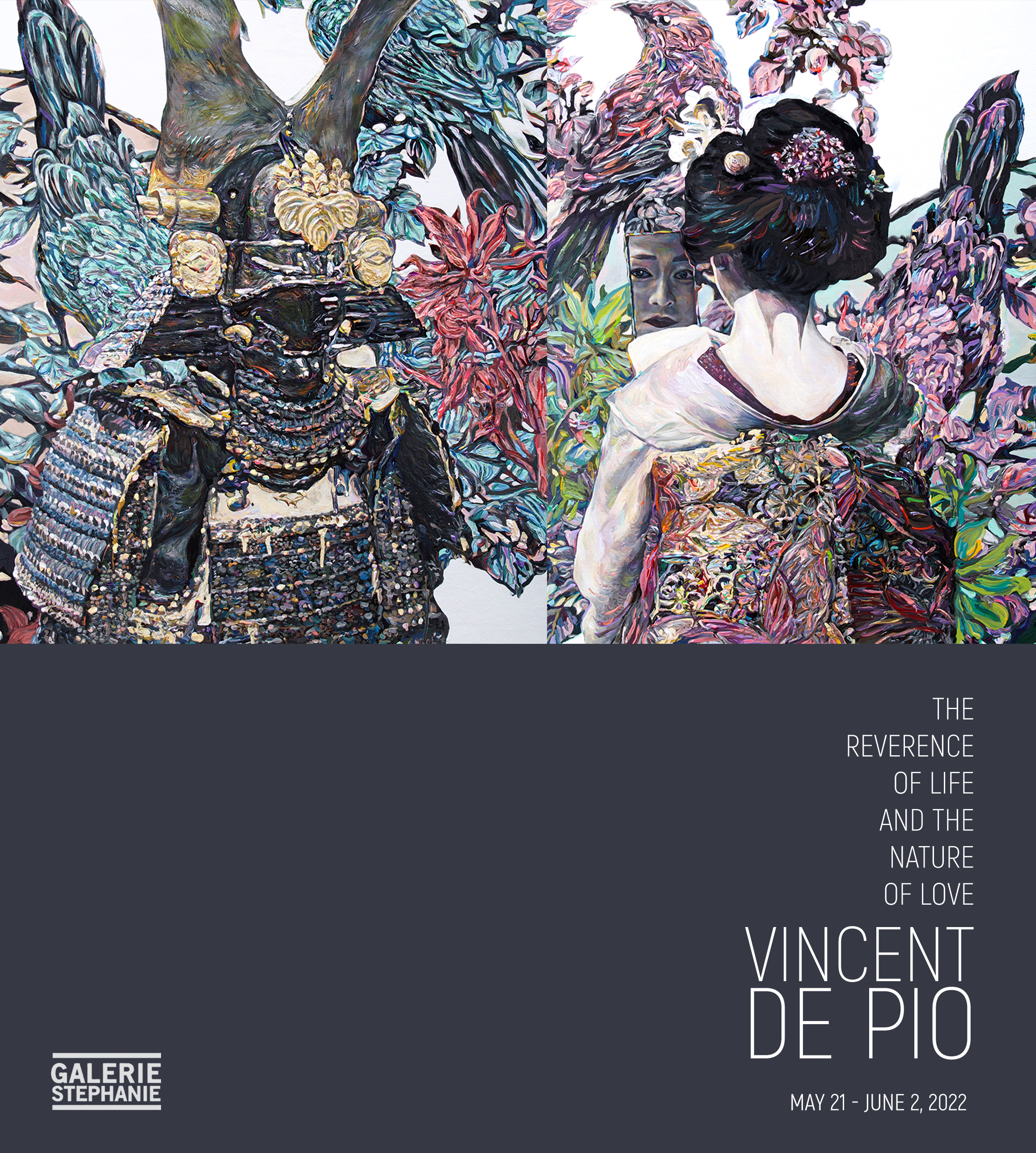 Vincent de Pio, an artist is known for his prolific use of Japanese aesthetics and expressive brush strokes, recapitulates his musings from meditations whilst basking in nature. In this collection, we are taken on a journey of subtle coquetry with the illusive Yamato Nadeshiko or the personification of an idealized Japanese woman.

In “The Reverence of Life And The Nature of Love” the concept of Yamato Nadeshiko is juxtaposed with the artist’s reverence for nature — particularly of its capacity to accommodate life forms that allow the cycle of life to endure. “When I see nature, I feel the rhythm of love,” Vincent says. For him, visualizing this connection between humans and nature offers us a perspective of what it’s like to be in awe of life and beauty that can only be offered by nature.

We are presented with this perspective through the lens of an admirer looking at a demure woman that is aware of the presence of an admirer. This is the typical demeanor associated to Maikos and Geishas.

To better appreciate the parallels between the figure of a woman and nature, one must understand the qualities of a Yamato Nadeshiko. This idealized woman— apart from her physical beauty— is poised, virtuous, benevolent, and graceful among other qualities that are common but not exclusive to a beautiful woman of nobility.

Some of the works from this series also touch on, the illusiveness of a beautiful woman or bijin. As Japanese tradition would dictate that beautiful women, particularly those of high stature, should not be so bold as to show their faces to anyone apart from their immediate relatives.

Illusiveness is articulated by the artist through his paintings of birds and flowers that obfuscate the female figures, as seen in his works “Kenshin” (Devotion) or “Kokoro Tamashi” (Heart and Soul) — paintings that are superimposed on silhouettes of ceramic jars. In these paintings, the presence of birds acts as a symbolic emissary, one that interacts with other critters as a pollinator that keeps the cycle of life possible. Birds are also interpreted as symbols of luck, love, and longevity in Japanese art.
Variations of the bijin are enveloped in a variety of Japanese motifs, such as dragons or tigers, which can be seen in five large works that are painted on canvases that are folded into kimono origamis. Vincent de Pio’s vivid and expressive strokes can further be appreciated in two of the larger paintings in this exhibition “Itai Doushin” ( Two Bodies, One Heart) 1 and 2. The latter is the lone masculine expression which features an upright shogun armor that stands in the same garden as the Maiko, an apprentice to a geisha.
Vincent de Pio’s “The Reverence of Life And The Nature of Love” is a visual excursion that brings together elements of nature personified using Japanese aesthetics.