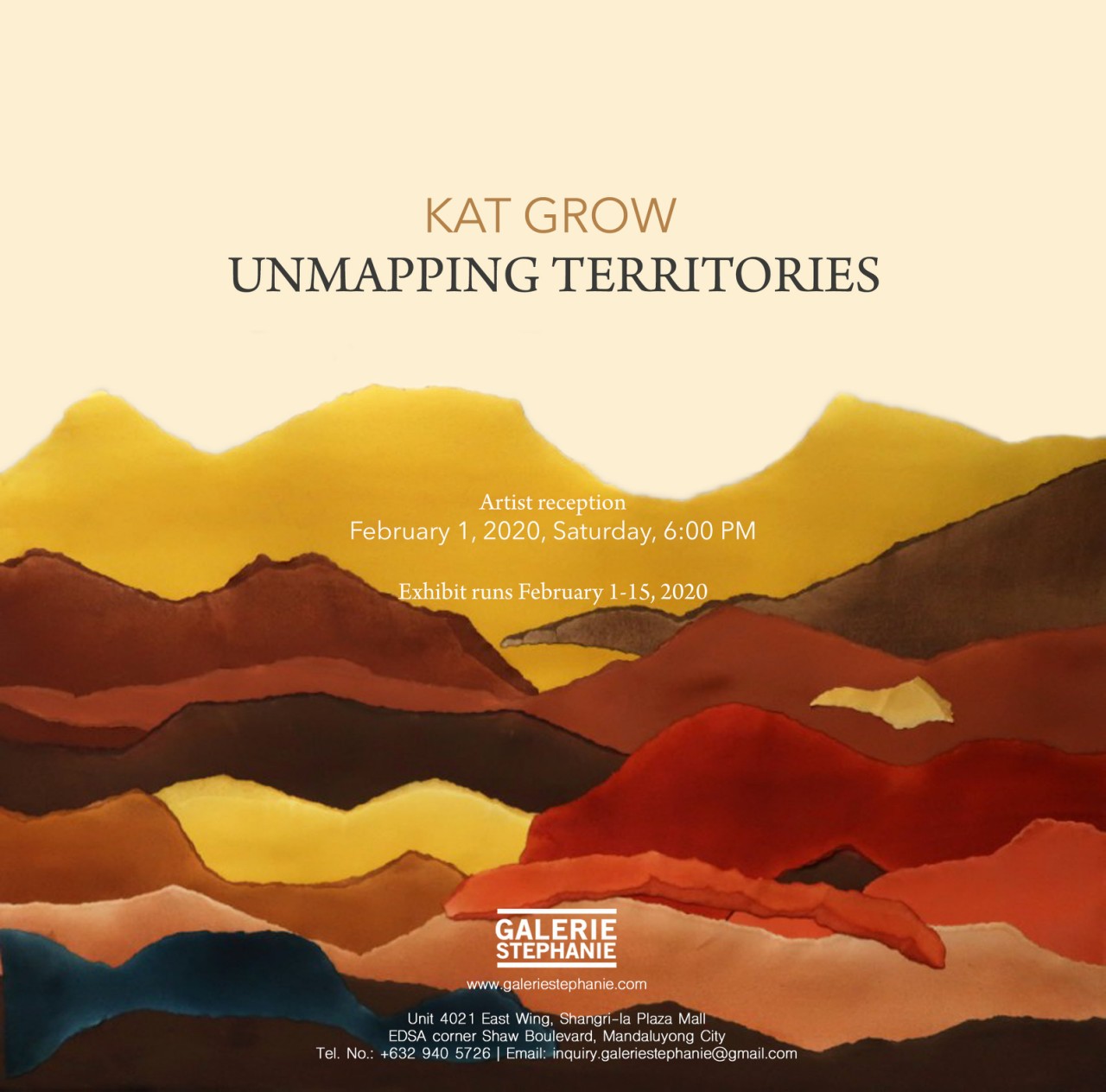 Part of Kat Grow’s transformation as an artist goes back to her endless pursuit in developing a sounder creative practice. Her first solo exhibition explored art-making as a ritual alluring to long hours of grinding, sifting, and mulling materials. The essence of the exhibit was the indebtedness and value of time, investigating and mimicking visual aesthetics of the Earth and its strata.

Going beyond her artistic process and her role as a humble conduit of nature, Kat Grow unravels the narratives of identity in Unmapping Territories. Featuring lush, vibrant landscapes rendered with natural pigments, Kat expands the archipelago of her oeuvre with dominant palettes of reds, oranges, and yellows. A product of experiences from studying a short course in Suzhou, Kat addresses her contradictions and predispositions regarding a country that is unfamiliar to her, yet inextricably tied to her lineage. “Travelling to China for the first time, I had so much anxiety and was agitated. I flew [to China] to study a short course facilitated by a respected master whose teachings I have been following for years. He teaches in the United Kingdom, it was more accessible to attend his class in China. It was my first experience flying to a country with so many conflicts with my motherland.”

Aside from the political and topographical disputes, Kat regarded this trip as a step into addressing questions of her family heritage. While acclimatizing in a new learning environment, she simultaneously lifts the veil of her cultural particularities. Oscillating between displacement and finding home, she describes the experience as entering worlds beyond her own–a “passageway into new territories and, possibly, new homes”. These artistic disturbances and reshaping of histories are essential to Kat’s process of decolonization. Described as “the unraveling of assumed certainties and the re-imagining and re-negotiating of common futures”. [1], Kat likewise challenges the fallacy of monolithic rooted identity, and the imposition of deeply colonial structures. In her “Recollecting” series–collages reminiscent of assorted worlds–she attempts to portray place-making; combining memoirs resulting in new, imagined views–her version of heterotopias.

Creating a profound reorientation from the pressing social conditions, Kat translates raw, human emotions to tangible creations. Unmapping Territories is her attempt to bridge the irreconcilable and fragmented, to transform the individual experience to communal.