We Are Outdoor Beings 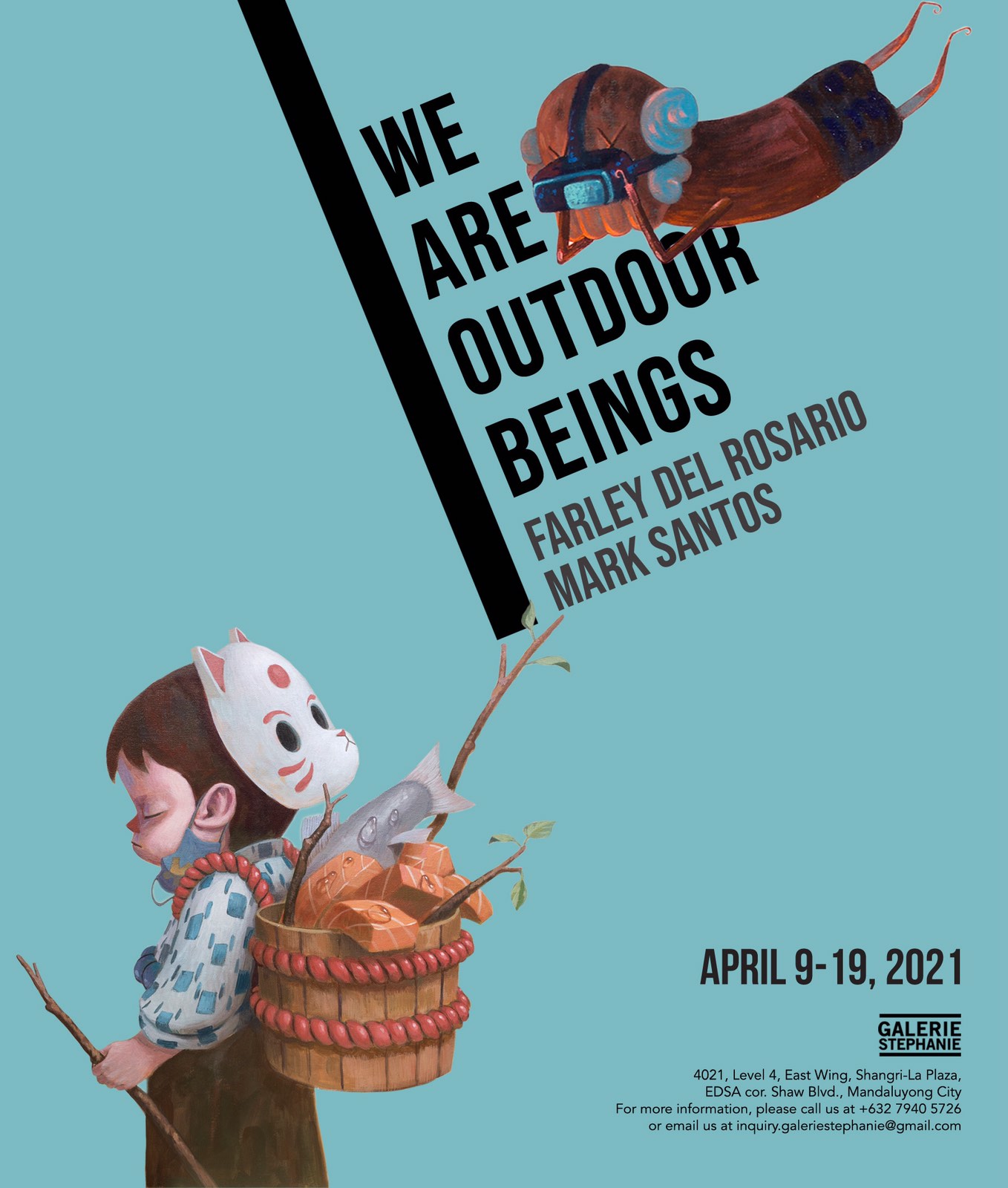 Isolation has been a powerful word since the past year and it has challenged our nature as social species. We tend to enjoy human interaction in all its tactility, to experience emotion in the flesh, and to be in constant motion.

Movement has been a liberating feeling because of the pandemic. And visual artists Farley del Rosario and Mark Santos have come to mount this specific narrative of survival in their first two-man show together called “We Are Outdoor Beings”.

A contemporary artist of the faux naïf genre, Farley del Rosario (b. 1980) rose to prominence in 2007 with a series that riffed on classic art canon pieces and iconic movie scenes. Both painter and sculptor, his style could be described as whimsical, clever, and just a little unnerving. Since moving back to Olongapo, Farley’s enthusiasm for art has further grown – leading to the launch of “PICASO” a community of artists from Subic and Olongapo. Farley has exhibited at 1/OF Gallery, Artes Orientes Gallery, ManilArt, the National Commission for Culture and the Arts (NCCA) Gallery, and at the Secret Fresh X Dimensione X Magis Puppy collaboration.

Mark Santos (b. 1990) is a pop surrealist painter residing in Antipolo, Rizal. He studied multimedia arts in Mapua Institute of Technology, specializing in the field of film and video but is currently more recognized for his works in traditional arts. His works are heavily influenced by western pop surrealism with a twist of distinct cultural icons from the east. While his plethora of bizarre characters dominate most of his works, “Mister Sasquatch”—a moniker that eventually he gets known by for his street art—is a recurring character in most of these narratives.

Since 2015, he has actively exhibited in various group shows in Metro Manila and Cebu, as well as in prominent art events in the Philippines, Taiwan and China.