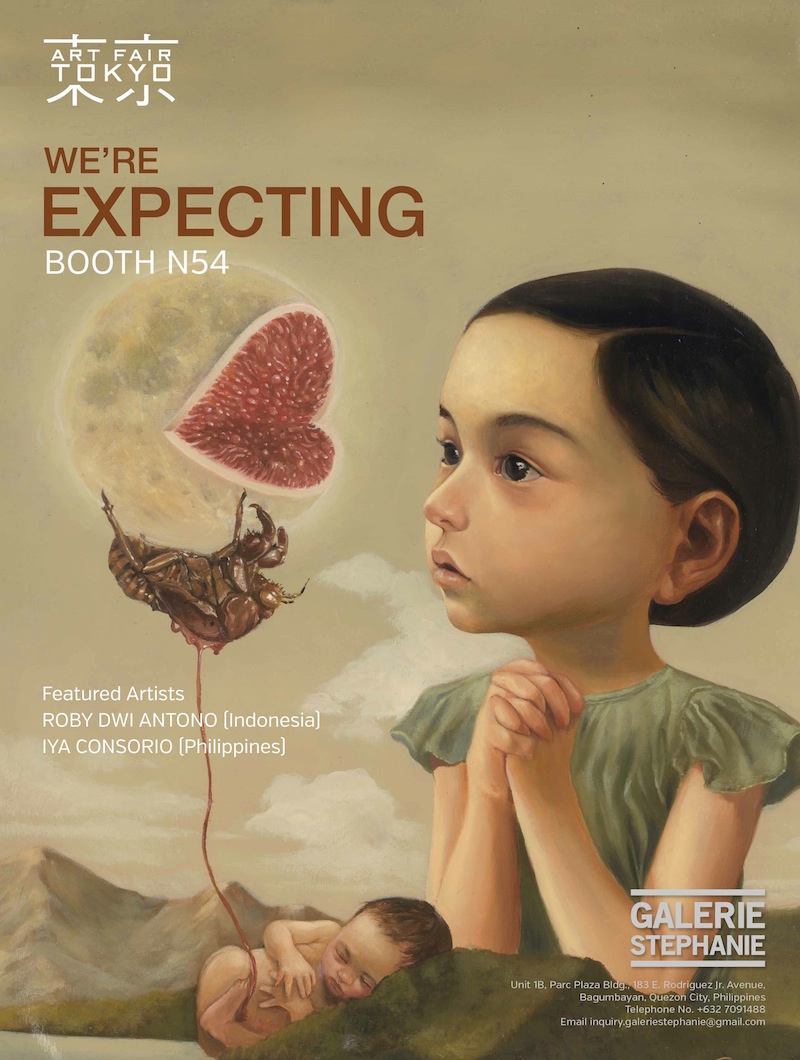 We walk into a nursery, dainty and gay. The room is the physical manifestation of the hope of someone or a couple, expecting a child. Everything is cheery and hopeful, except, we realize, upon a closer look, that this is no ordinary nursery. The pictures depict melancholy and grotesque scenes. A little girl with tentacles and a dozen eyes. A bunny with a third eye, holding what seems to be a fresh human heart. Mystery shrouds this room, and it makes us anxious. The irony is apparent to us. There is tension between the hope of expecting, and the agony of despair. This is the enigma that fuels this exhibition. This is pop surrealism in its transnational strains. This is the tension that marks our age.

Galerie Stephanie is pleased to present two pop surrealist artists from two Southeast Asian countries, characterizing how the movement has taken root in both: Roby Dwi Antono from Indonesia, and Iya Consorio-Barrioquinto from the Philippines. Both young artists, the two have had several well-received solo exhibitions exploring the surreal, with idioms from the almost universal pop culture and the local influences they have received from their own cultural contexts.

Roby Dwi Antono is a multi-awarded graphic designer by profession and a self-taught artist from Indonesia. He looks to the pop surrealist Mark Ryden as an artistic influence. Like Ryden, he expresses his pop sensibilities using painterly techniques expressed by 19th century European realists. However, the visual language he developed is an amalgamation of 90s pop culture, local culture and his own personal idioms. Themes of solitude and loss are explored by Antono through the use of innocuous visual metaphors of rabbits and little children. He has had two solo exhibitions in his country.

Iya Consorio is a painter from the Philippines with seven solo exhibitions. Her works are nuanced by Japanese pop culture, tempered by Filipino sensibilities. Her recent works use the dichotomy of the woman trapped in a child’s body. Incongruous details such as a multitude of eyes and tentacles as appendages make the child monstrous – yet endearing – an apt metaphor for solitude, which Consorio likewise explores in her works.