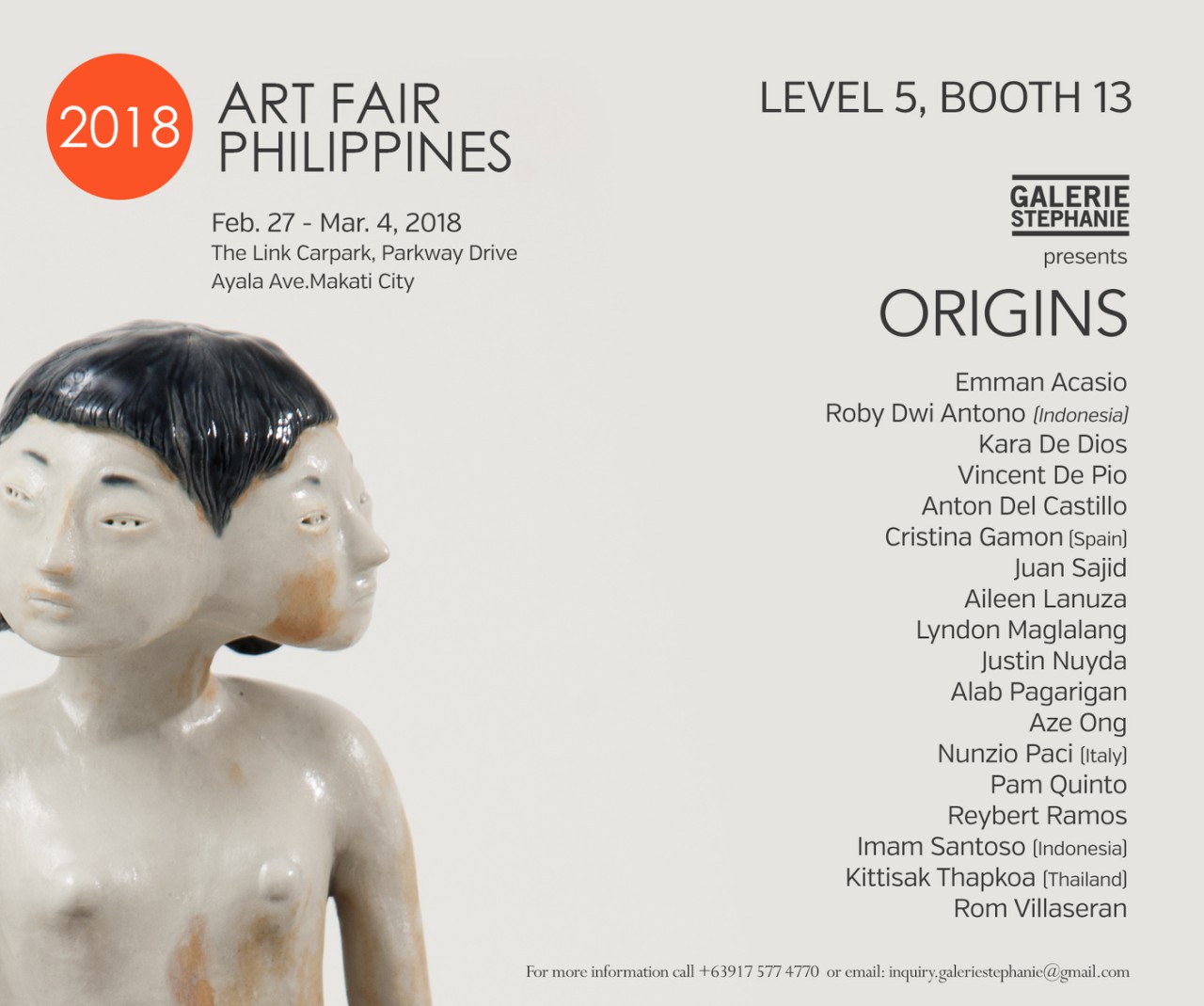 For its past two editions with Art Fair Philippines, Galerie Stephanie has explored the sanctuaries of man – a private study full of curiosities made open to the public; and a garden refuge that recreates the vivacity of nature within the confines of a parking lot. Next year, Galerie Stephanie proposes an exhibition by nine international and local artists to explore some of humanity’s persistent existential questions, by examining the multifarious narratives of creation, and expressing their own ideas about it.

Cosmogenical models concerning the origin of the known universe abound; the prevailing model traces the existing universe back in time to when it was once a gravitational singularity that then rapidly expanded – however, its origins are still unsolved. Alternative explanations also prevail; through religious fervor or oral tradition, symbolic and mythical narratives are held as truth by certain cultures. Creation myths, bountiful as they are, share features that allow them to be classified – the primeval abyss from which the universe emerges, the deity that awakens, the cosmic egg, and so on. Still other narratives can be found in literature – fictional or religious – visual art, music, or theatre; attesting to the voracity with which humanity seeks the answer to the question of our origins. Cosmogenical narratives – whether scientific, mythical, religious, or otherwise – serve as pillars for the foundation of self-identity, revealing great truths not only of the universe as we know it, but also the universe within.